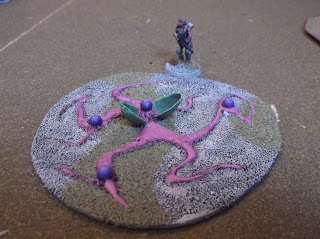 I made these things as part of a Xenos Rampant force, and also to go with a 7TV post apoc type game. Not really sure how to stat them for Xenos Rampant as they don't really fit any of the existing troop classes. They're mostly made of pistachio shells, little balls, and hot glue. 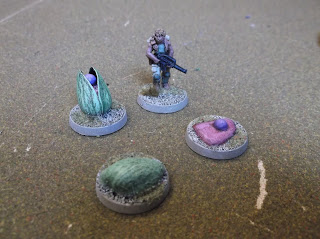 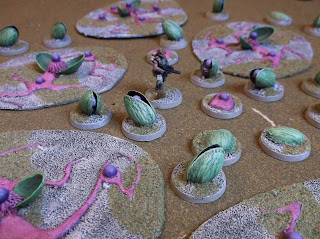 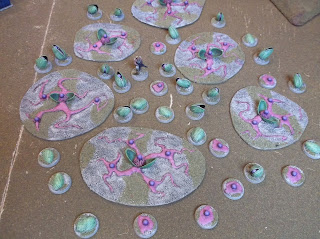 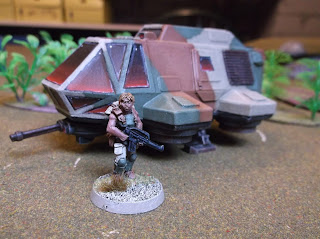 Did a small drop ship or shuttle type thing to go with my LRXG marines in Xenos Rampant. It's resin. No idea where it came from. I picked it up last year at Reveille. Which reminds me, Reveille, our wargames show, is coming up again in November. 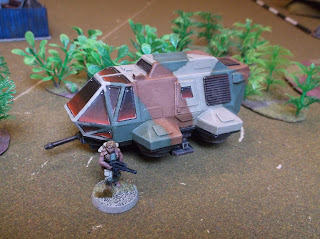 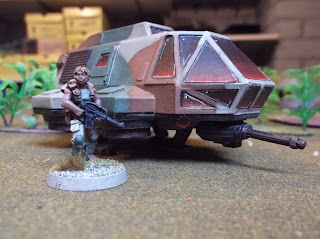 Posted by Monkeylite at 12:09 No comments: 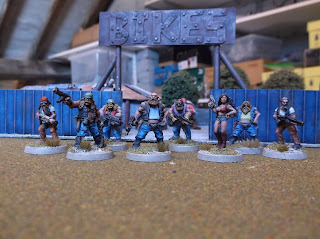 Did some more bikers to make a decent-size biker gang. Haven't seen it yet, but istm this will be a good basis for a cast for 7TV Apocalypse. 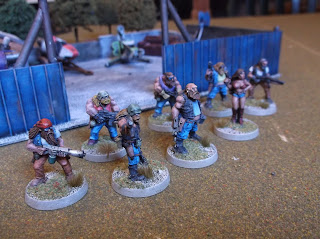 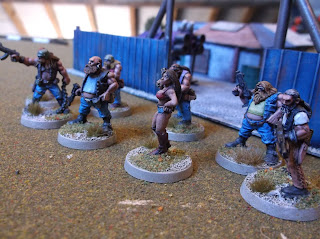 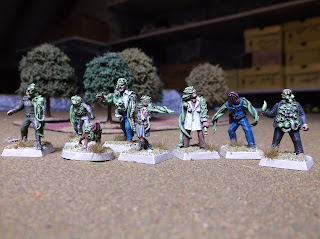 Painted these Crooked Dice Fungoids. I really like the look, and as I'm not a fan of zombies, happy to use plant-based models for zombie-type post apoc games. I also painted these Creepers (and repainted my old ones to match the colour scheme) for a Triffid style game.

Have also statted them up below as a xenomorph type army for Xenos Rampant. 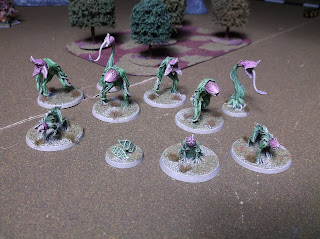 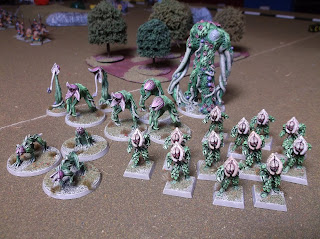 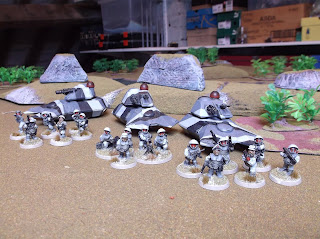 Statted up a couple of Xenos Rampant forces. This is a fan expansion to the Lion/Dragon Rampant series. I didn't really have a lot of figures but I was happy to use my vehicles. I'm not really sure about the game, actually. Istm what feels ok when medieval crossbowmen face mounted knights doesn't necessarily feel as good when space marine types are facing grav tanks. Perhaps more scenery is required, or a bigger table with longer ranges. I played a simple fight to the death scenario, so maybe a more nuanced scenario might make for a better game.

I made my stunty-type force as expensive tanks and expensive elite foot as I don't have many models.

Special Rules: Back into the Fray, Ranger 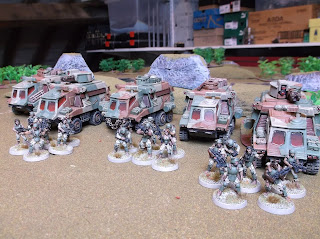 My marines are a lighter, but much more mobile force, which will probably be more effective at grabbing objectives than standing and shooting.