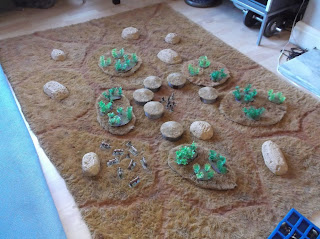 I decided to make a Savannah table for my Maasai, for Congo. I used a load of teddy bear fur as the basis for the 6'x4' mat. After checking out a few tutorials, I spent days shaving away at the fur with some hair clippers, before I felt it was short enough to work, and even then I gave up before it was really finished.

I made some rocks out of foam, for the impassable, high terrain, which ended up looking like bread rolls.

For the dense cover I just used off-cuts of fur. I'm not sure whether they look better on their own, or with the green jungle plantlife things. I guess for savannah they should really just be longer grass.

I was quite pleased with the huts, though. I liked the way the fur worked when brushed with PVA. I want to try out the same technique with a medieval style thatched roof, now.

Not really sure I like the finished product, though, and the long grass is so long that it's often difficult to stand the minis up properly.

And to compound it all, just as I was nearly finished, I discovered that the 6'x4' table required in the rulebook, is actually a typo, and it actually requires only 3'x4'. 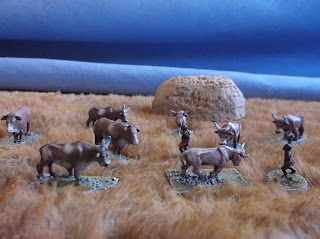 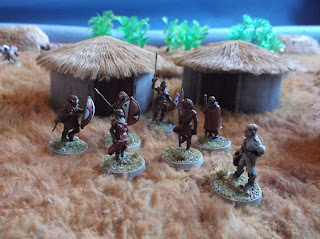 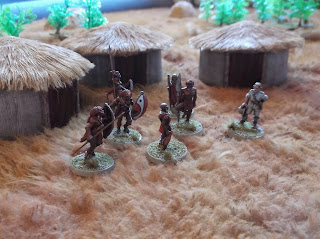 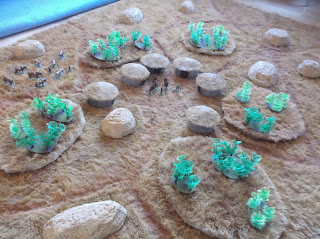 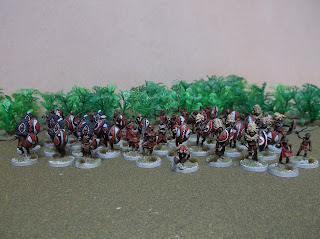 Finished my Maasai. Played a game of Congo at the weekend, and it seems pretty fun. I think I will need a couple more games to get it going smoothly, though.

Now I am planning to make a fake-fur savannah mat and building some huts and a few savannah-y rocky bits. 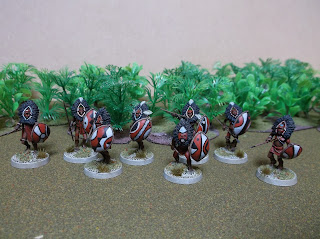 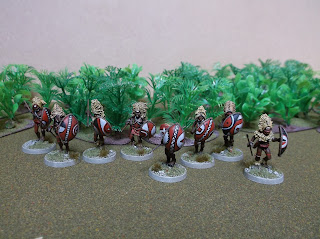 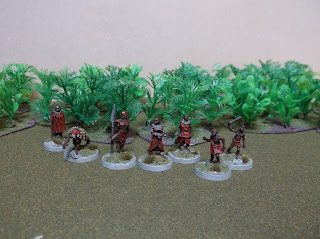 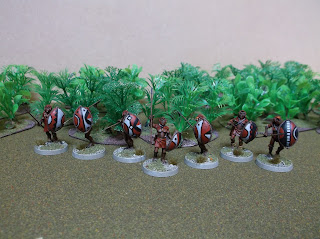 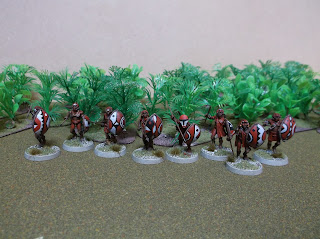