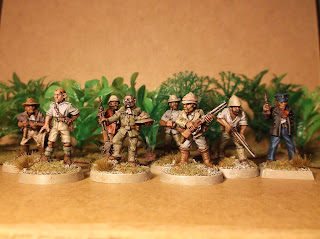 It's a strange post title but that's what they're called in the game. These are from Foundry (and one from somewhere else) and that's pretty much all the White Men you need to make a White Men's Column for Congo (but really one more). You can field an Explorer, a Retired Officer, a Reporter and/or a Scientist. And you can have a unit of four Soldiers and a unit of three Adventurers.

I also bought a zebra skin bag from Saddle-Goose which is perfect for Stress Tokens. 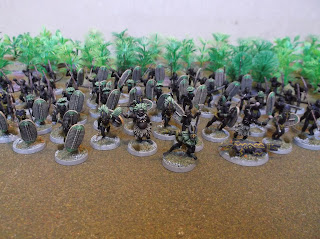 I enjoyed doing my Maasai so much, I thought I'd get some more guys for them to fight. These are for the Jungle Tribes column. I completely ripped off the colour scheme from some of the minis in the rulebook, coz I liked it so much. I'll probably get some minis to make a Zanzibar and a White Men column, too now. 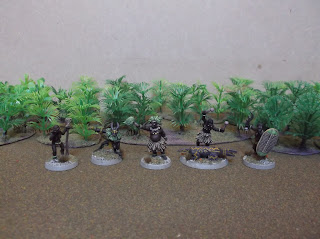 These are the Jungle Tribes characters, The Healer, Witchdoctor, Chieftain, Talking Drums, and Champion. Most of these minis are from Foundry, but I got the Chieftain and the drums from North Star. 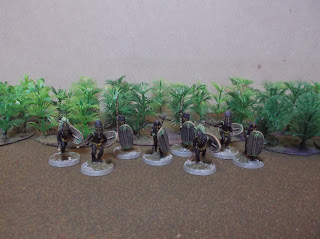 I decided to get these North Star guys to use as cannibals. 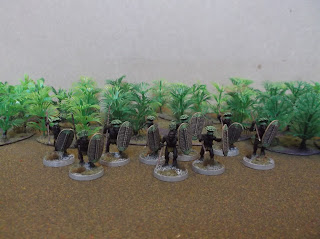 These are Warriors. They're not really as good as the Maasai Married Warriors. But they are cheaper, so I feel like they will need to gang up on the Maasai. 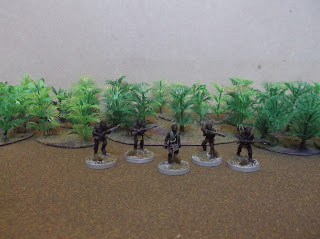 Bundukis. This is a really cheap unit, because they're rubbish. 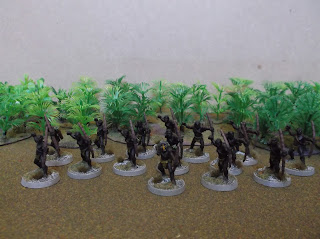 These archer guys, you can make into Archers, who are cheap and not that good, or ace Hunters who get the exploding successes special ability. 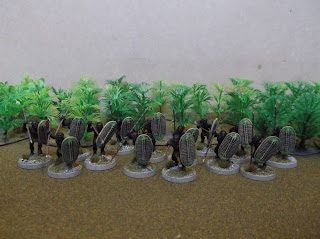 And some Young Warriors.

I now have about 150 points each of Maasai, and Jungle Tribes, so that is plenty for a good variety of column types, for any of the scenarios in the book. The Jungle guys are probably gonna be more versatile coz I can have a very shooty column or a very melee-y one, whereas the Maasai are nearly all melee types (although I did paint a unit of Ruga-Ruga to give them a bit of firepower). 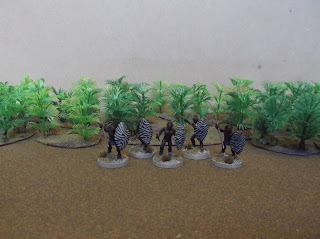 I had some minis spare,  that I didn't have the right shields for, so I made these Zebra blokes, too, for some reason.