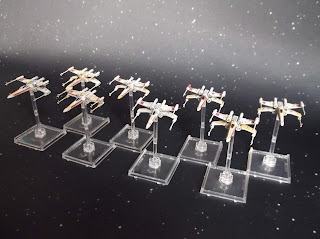 While not usually enjoying pre-paints, I managed to avoid FFG's X-Wing game for a long time. But have now gone for it. I have ended up buying a load of stuff second hand off ebay, and found myself with 8 X-Wings, even though you really don't need that many. It's more of a game of 3 vs 3 ships, or numbers like that.

The standard of the pre-paints is actually remarkably good on most of the models, but I decided to repaint all these in the colours of Red Squadron (from A New Hope). To be honest, I don't usually research my historical stuff as much as I researched these guys. 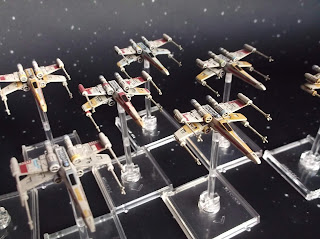 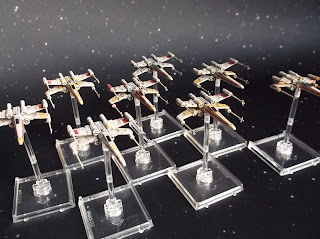 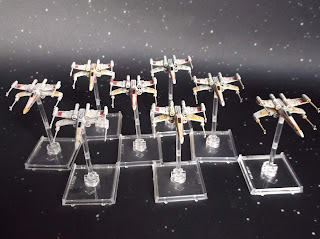 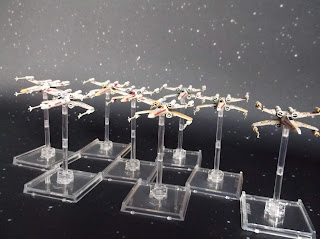 I went for a pretty simple but distinctive yellow stripe thing for the TIEs. 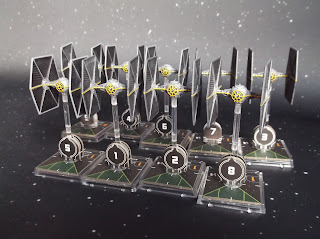 Posted by Monkeylite at 03:59 No comments: 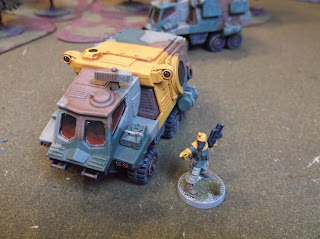 I think I'm getting addicted to repainting these K2004s. I did this one to go with my biohazard suit guys. The big orange stripe might undermine the camouflage a bit, though. 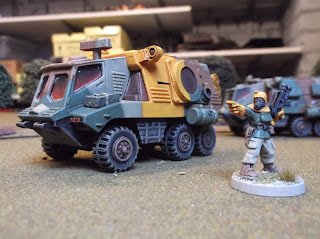 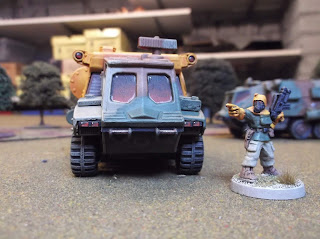 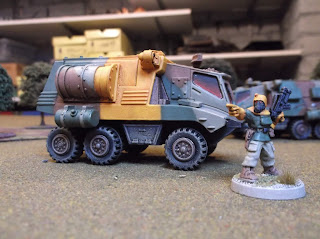 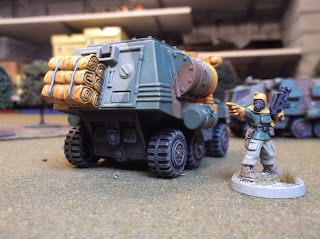 Posted by Monkeylite at 03:00 No comments: 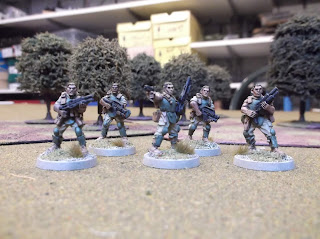 Did some more marines for my LRXG. Got three packs from Copplestone: bare-headed troopers, assault troopers, and assault trooper characters. And then I got all the ones from EM4 which I hadn't already got. So this makes up a pretty decent size force to do something with. Not sure what game they will be playing, though. 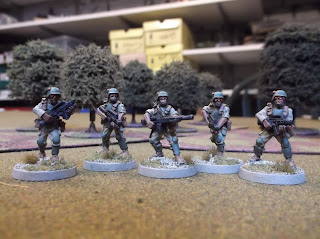 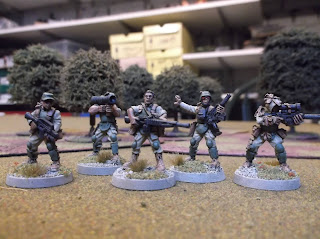 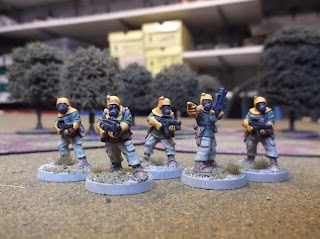 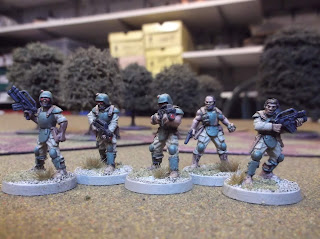 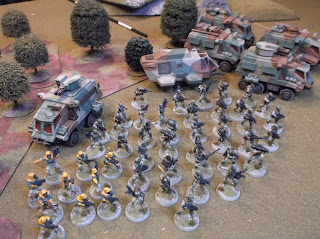