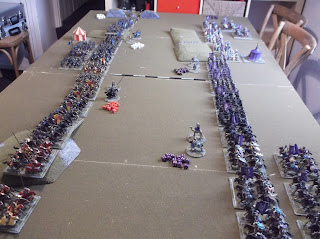 I really like Sword and Spear, and have pretty much finished the armies to go with it, but I feel like making a few minor tweaks. You activate units by rolling dice from a pool and hoping to get a high enough score to do the job you want the unit to do. Eg a Discipline 4 unit requires a four to do a simple advance; if you need it to do a more complex manoeuvre then you will need to roll a five, etc. Therefore a good number of rolls will get wasted. You can't do anything with a one and only your best units accompanied by a leader can use a two.

Your total pool-size is based on the number of units in the army, and so, inevitably, unless you roll very well a number of units will often be left inactive for a turn. I don't have a problem with this in principle, at all, but I was finding that quite often bits of the battle were going off, while other areas nothing at all was happening. That probably happened quite often in a real battle, but I was finding the flanky cavalry bits were often deciding the outcome of the battle before the heavy infantry in the middle could get involved.

Another cool thing about the activation system is that if you get pairs or trips or quads, etc, you can play them all together to get bonuses for your actions. Eg, a unit going into a melee might get an extra melee dice if it is activated with one dice, but if it is activated with three 4s instead of one 4, it will get three extra melee dice. Or you could get bonuses to your movement distance or shooting range, instead.

So, in this game I decided to give two extra dice for every leader on the board. And also, instead of drawing 13 dice per phase I drew 15. I also used my True Cross unit which I house-ruled brings two extra dice to the pool. I also arsed about a bit with the official army lists to reflect my models a bit better. 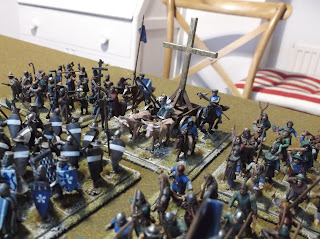 For what it's worth, the game played very well. I felt that the number of dice going on was about right for me. I'm hoping to play a big multi-payer game of S&S soon, and will be using these sort of numbers of dice, then.

I split my crusaders into red and blue battles, and split my Arabs roughly in half. Each battle had a General and a Captain, bringing 2 extra dice each to the pools. 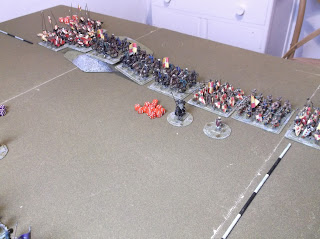 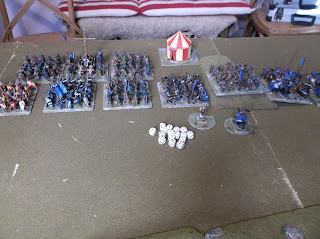 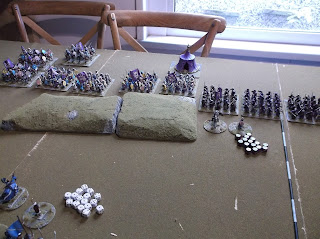 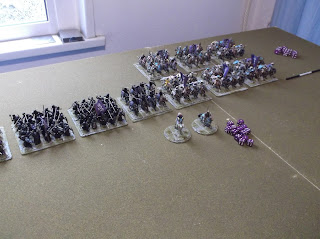 So this is not much of an AAR but I took a bunch of pics of the test. I have included the dice rolls in many of the pics, so if you know the game you can sort of work out what's going on. These rolls are before armour nudges, and usually before damage tokens are added.

I finished with the crusaders down 18 points (and the red battle having reached its morale test point) and the Arabs down 6 points. 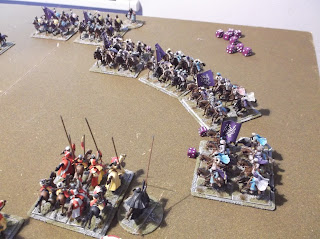 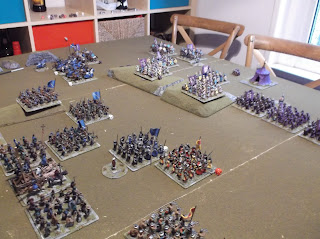 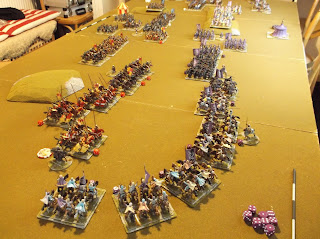 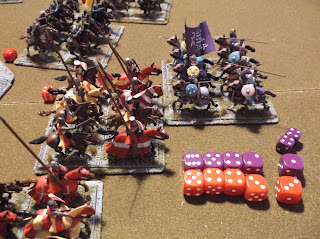 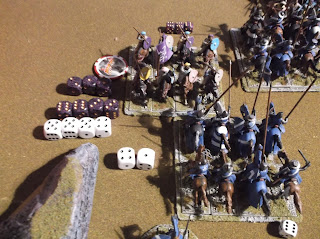 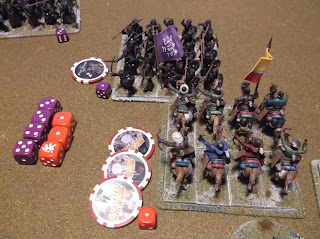 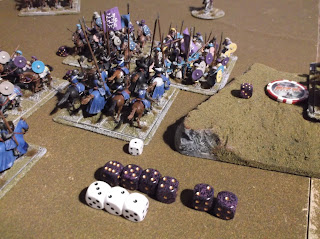 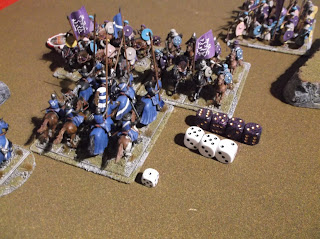 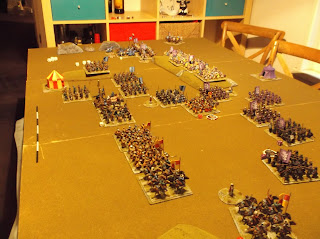 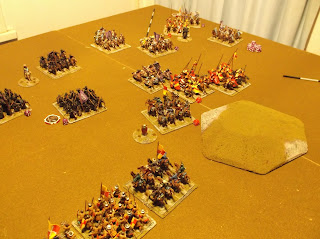 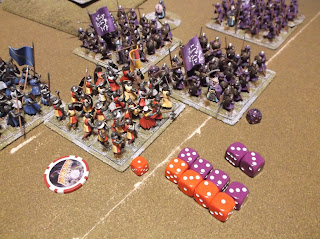 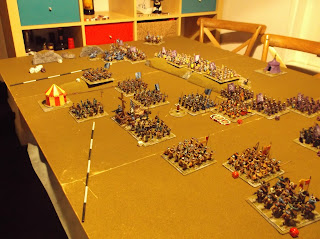 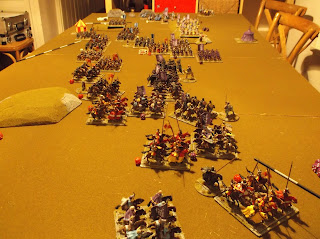 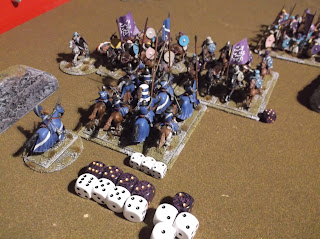 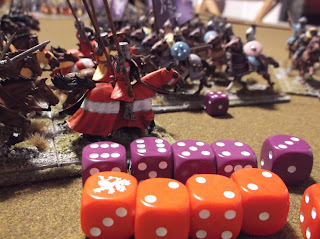 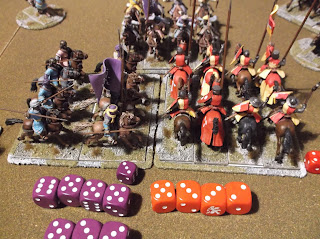 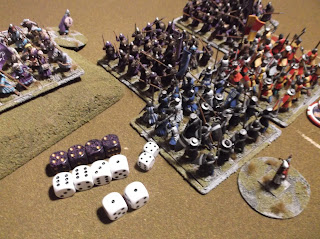 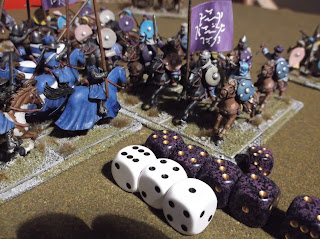 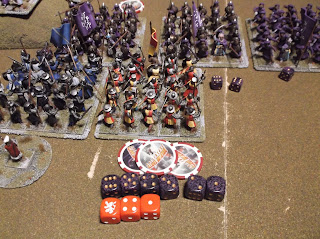 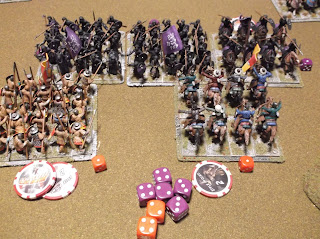 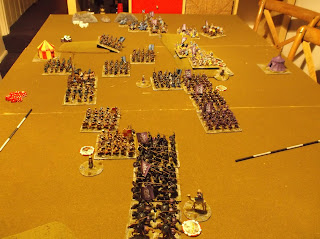 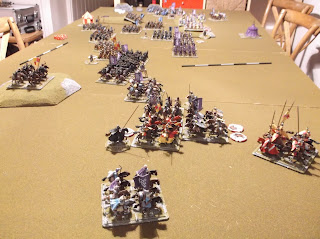 Posted by Monkeylite at 10:47 No comments: