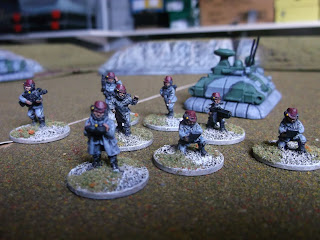 I painted an NSL Jaeger faction from GZG for Stargrunt. These guys are pretty similar to my NAC faction so I will be able to have a more symmetrical fight than against the Crusties. 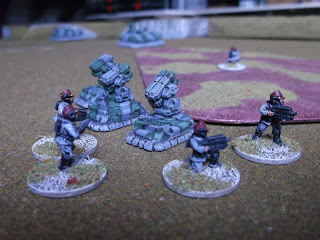 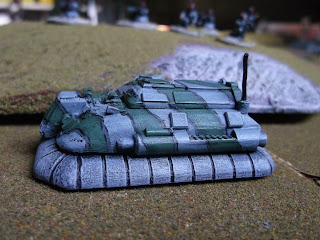 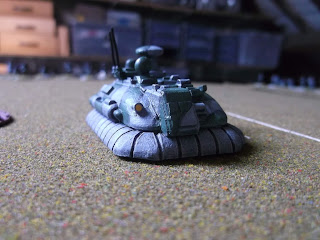 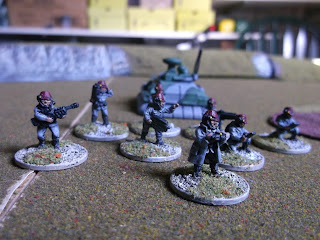 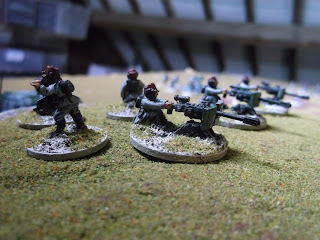 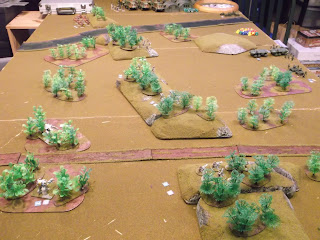 I've played a couple of games of Stargrunt II and I think I like it. I really like the die-shifting main mechanic, and I like the gritty 'keep your heads down' feel of the morale rules.

There's a couple of things that feel a bit un-covered or a bit sketchy, but the rules seem pretty relaxed about making your own stuff up, so I think I will get into this and make a few more armies. The armies are a nice size, too, and you could probably get a 15mm side for thirty quid. 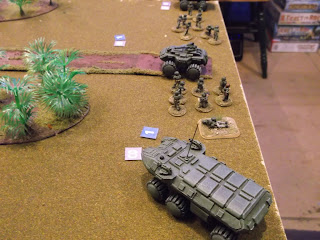 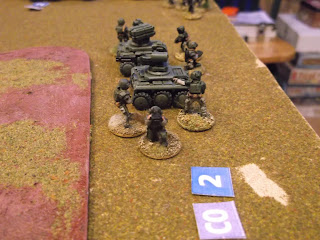 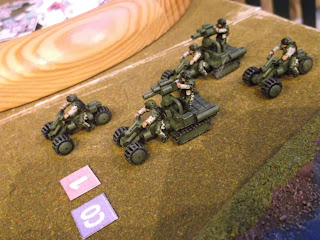 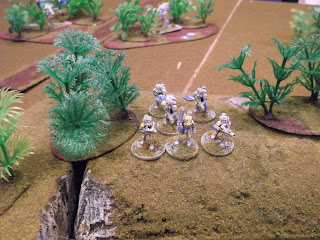 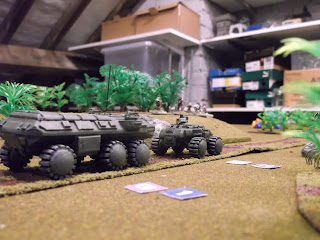 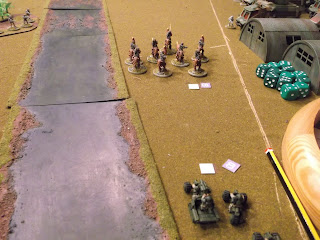 The Stargrunt also made me bother to finish the flickering light-effect smoke clouds I have had lined up for about a year. The effect looks pretty cool, too. Not sure I'd want to play with the lights off all the time, though. 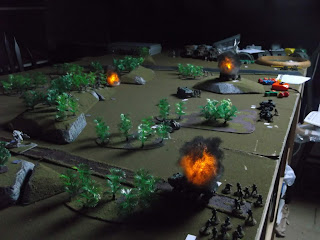 Posted by Monkeylite at 10:56 No comments: