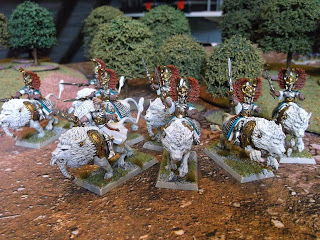 Been doing more Elves for my Saga warband. I've gone heavily lion-themed, and even did a lion mount for my sorceror, so he can keep up with his Laying on Hands targets. I also did 12 more bow levies. I rarely field two units of levies in Saga, so it will be interesting to see if it works with the Elves, especially as they don't really have any shooting buffs (only cheap shooting activations). I'm quite pleased with how the archers came out coz I bought them secondhand and they were in a right state when I got them.

So my next line-up will probably be 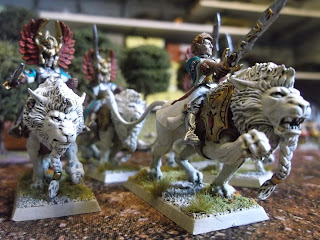 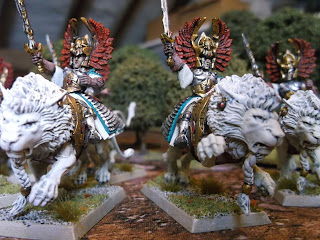 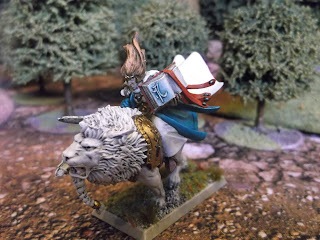 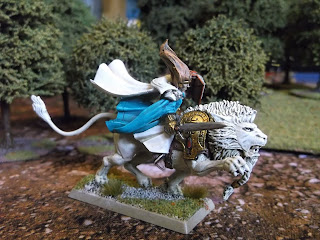 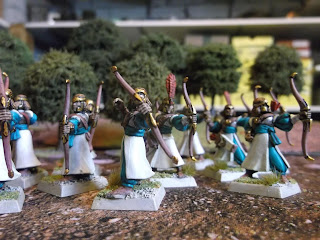 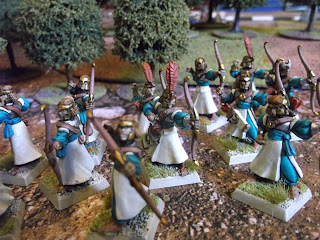 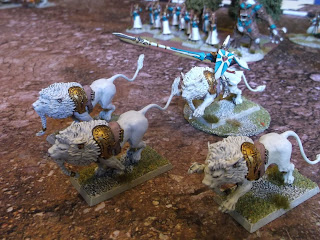 Creatures are pretty good in Saga: AoM. They bring a load of attack dice and are easier to control than Monsters. So I decided the Elves needed 3 lions to boost their warband. I stuck a bloke on the fourth lion to act as a Paladin, or alternative Warlord.

I already have a couple of lions with the chariot, and half a lion with the griffon, so now, to go with the theme, I think what the warband really needs is 8 hearthguard mounted on lions. So I'll be looking out for plastic lions this week. 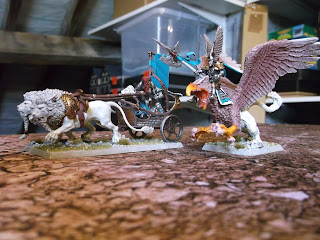 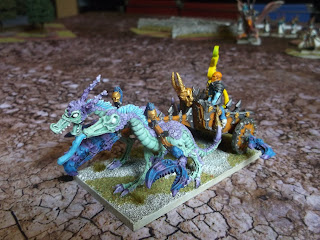 I now have a chariot model for my Slaanesh Warlord, which means I can field him as Mounted: Beast. This makes the warband a bit less maneuverable but adds a decent build option.

I also finished a unit of Fiends, coz creatures are good in Saga: Aom. The Otherworlds BB also has a couple of abilities that work well with Creatures. Having the Beast mounted Warlord means Hearthguard aren't as useful (you don't get Bodyguards), so replacing them with Creatures makes sense.

I bought the gold gazebo thing ages ago thinking I might paint it and stick it in Modlhafen, but decided it would make a perfectly gaudy Sacred Ground portal for Slaanesh. 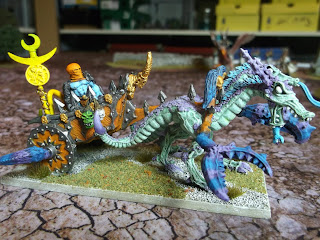 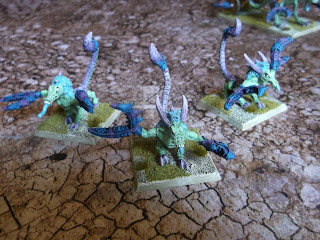 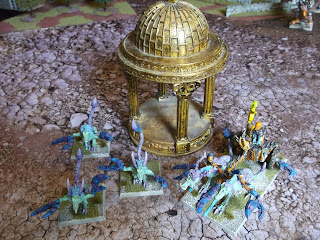 Posted by Monkeylite at 10:40 No comments: 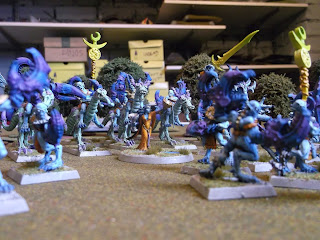 Saga Age of Magic has been making me dig out old Warhammer armies. I had this old Slaanesh army, which I've touched up a bit, and painted a few more models for, and it is now big enough to field as the Otherworld faction. I'm using the Keeper as a Behemoth and the Daemon Prince as a Scourge (Flight). Otherworld don't have cavalry so my Steeds are feeling left out. At the moment I am using them as Hearthguard, but I am painting up some Dechala the Denied One (for some reason I ended up with 6 of them) to act as Hearthguard, and I will use my Steeds as a faction-specific special Warrior unit called Hunters. I also found  a load of unpainted Fiends which I will be using as Creatures.

I converted the Sorceror figure to use in my Bret army ages ago, but couldn't find a decent Slaanesh one in my pile, so decided to paint that up instead.

So, my warband at the moment is Warlord, Sorceror, Behemoth, Scourge, 1*8 Hearthguard, 3*8 Warriors, which looks a bit boring in regard to the wider troop choices you get in AoM, but should get more interesting when I've painted up my other stuff. 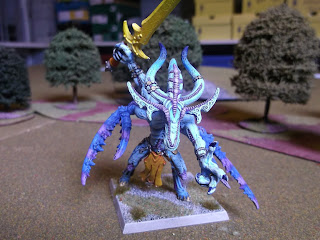 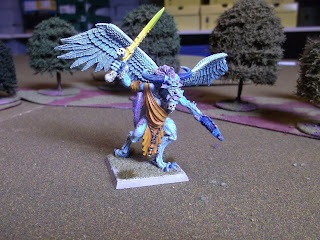 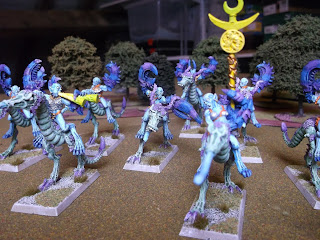 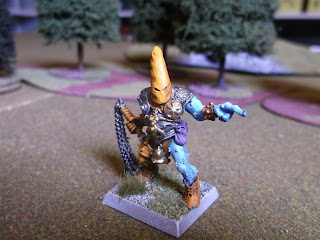 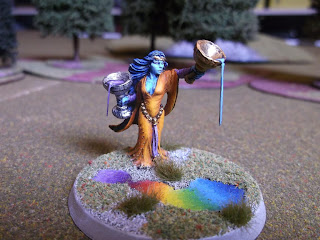 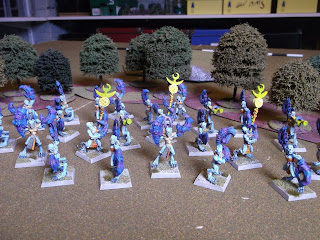 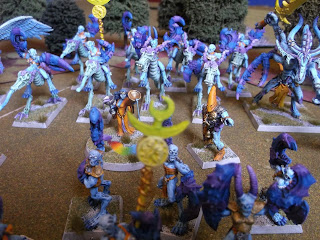 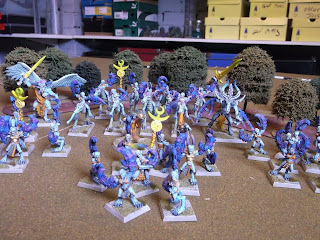 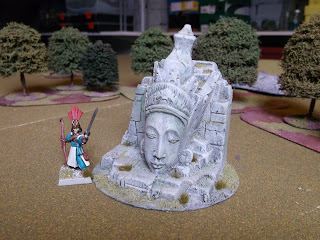 Age of Magic has rules for faction terrain pieces called Sacred Ground. The Slaanesh one is an Unstable Portal that can inflict damage on enemies who get too close. I don't have anything to model that, yet. But I picked this up from Thomarillion, which works well to represent the Great Kingdoms Sacred Ground, the Memorial, which can let you re-roll one of your Saga Dice if you have a decent unit close by.