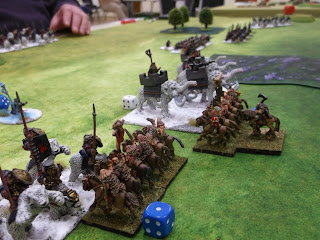 We had another S&SF mini-tournament at the club. I brought my Undead this time, thinking maybe they were probably a bit overpowered, under the rules. My first game went well enough against the Elves, and I managed to use my superior magic to my advantage.

I played a friendly game against Orcs and that was pretty even. Then I played against my nemesis Barbarian Horde and got out-flanked and rolled up by their superior numbers pretty quickly. It looked like I was going to get properly massacred, but with a few lucky rolls (and the Undead resilience - all rallying is done at 4+), managed to end up with a respectable defeat. 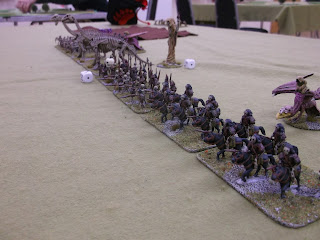 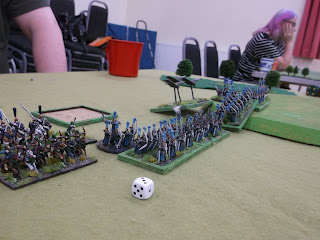 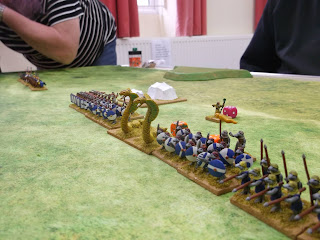 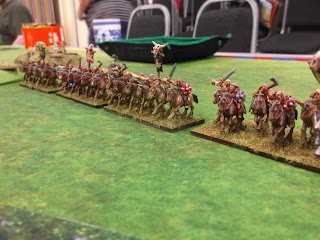 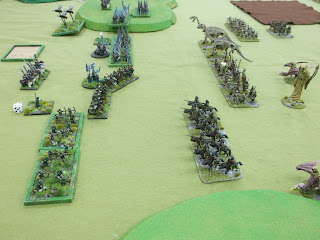 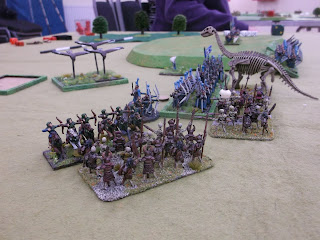 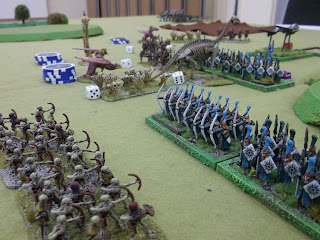 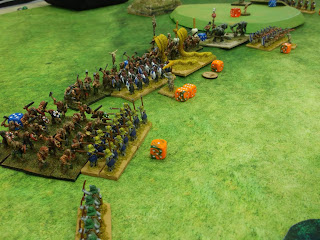 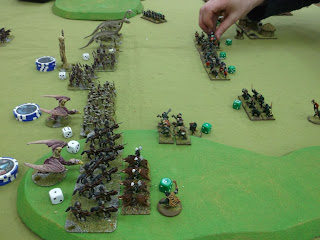 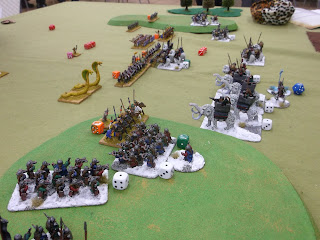 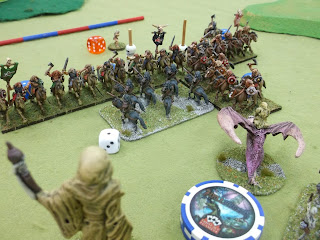 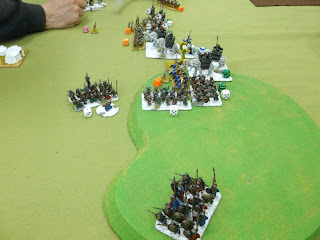 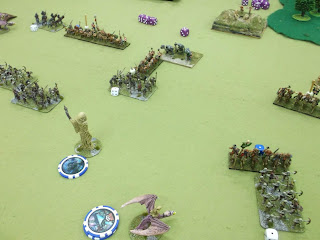 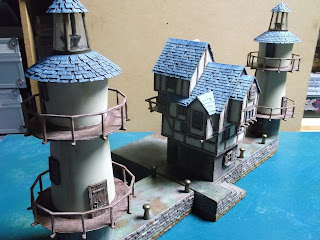 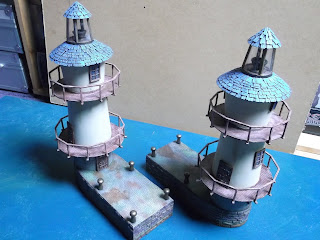 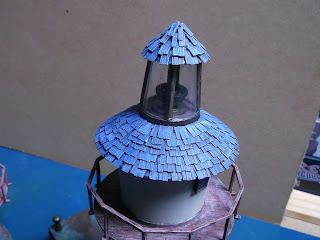 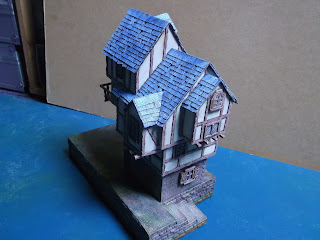 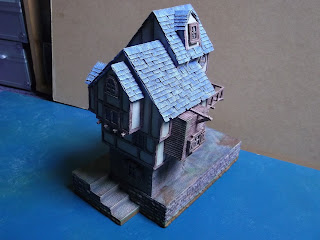 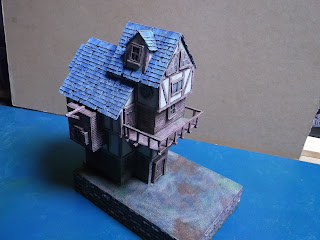