TWITCH: On Land, Sea, and Air

Here're some more vehicles for TWITCH. It just needs some minions to actually operate them, now. 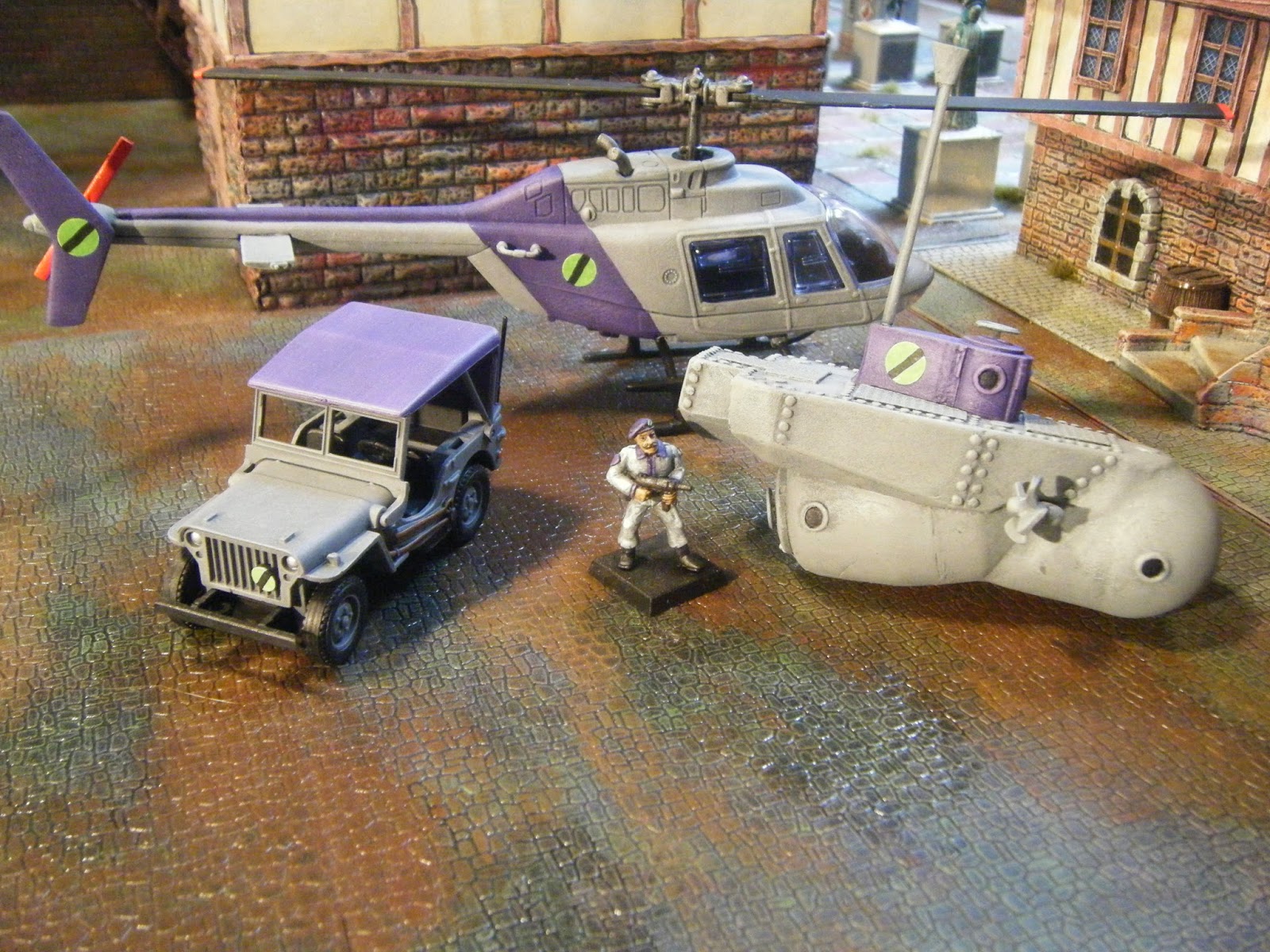 Here's the finished Hovercrafts by Ainsty/Crooked Dice. I love these little models and feel the urge to buy 50 and make a hovercraft army. They don't seem to have much actual use in a game of 7TV though. Might need to make up some invisible hovercraft gun rules. 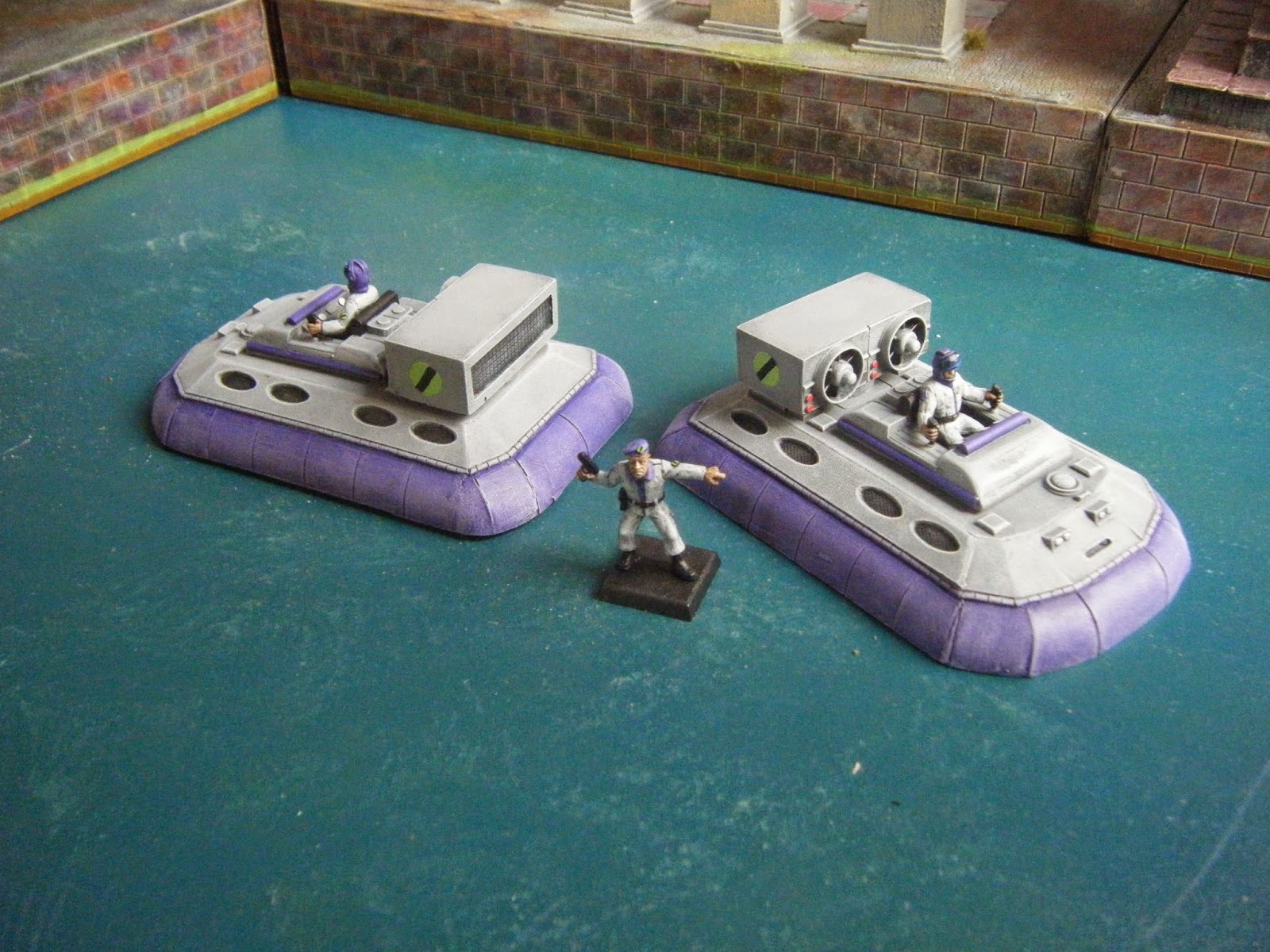 Here's a 7 Seas (7th Voyage) game with Solomon Kane pitted against John Dee and his Marsh Trolls. For the trolls, we used the stats for the Guardian Beast with Aquatic and Regeneration powers. 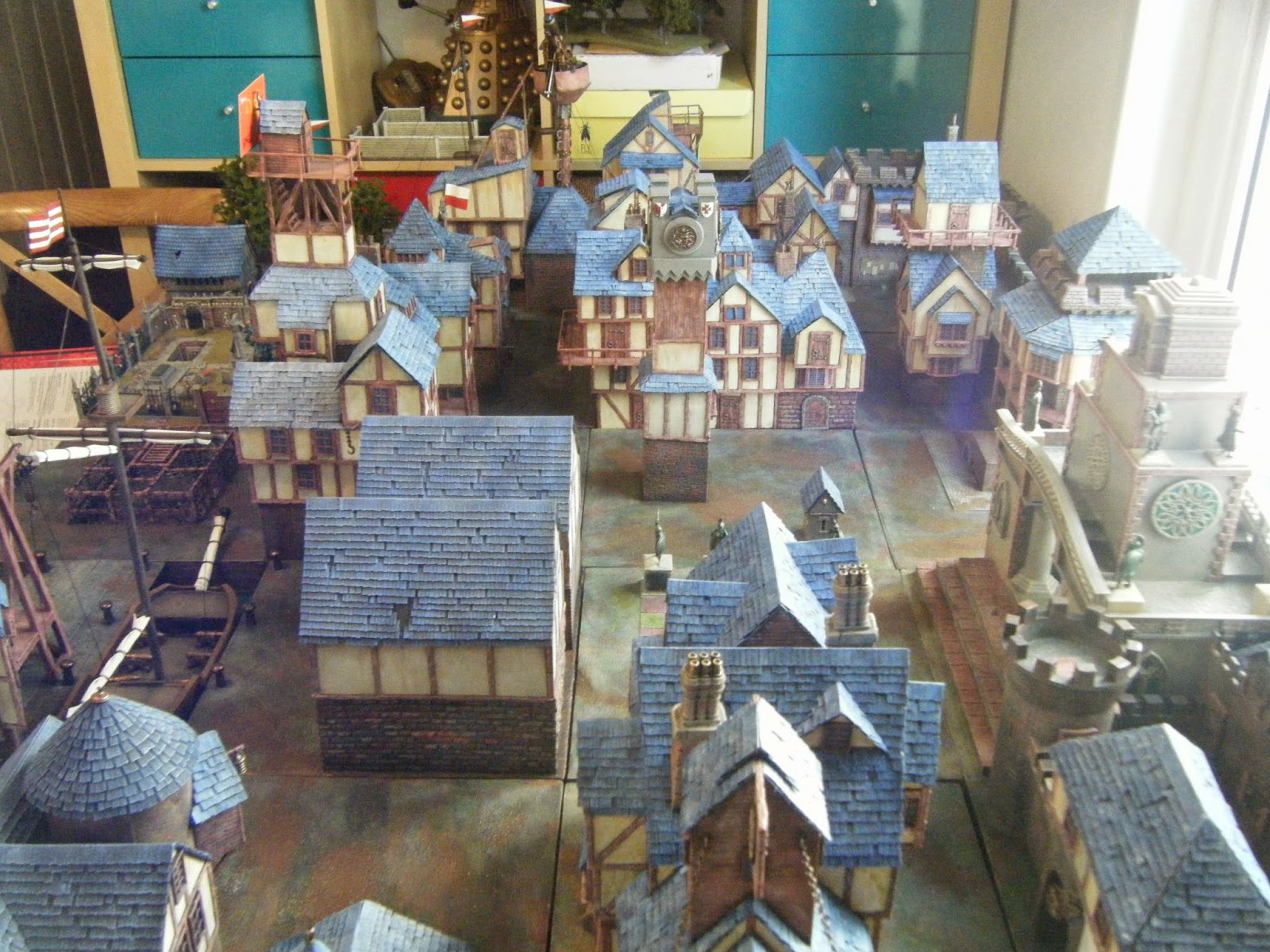 This is the best spell ever, and so instead of fighting over it, we decided to share it. It's been key in several games now, so we might just end up banning it. We already have a gentleman's agreement not to cast it on the Star. 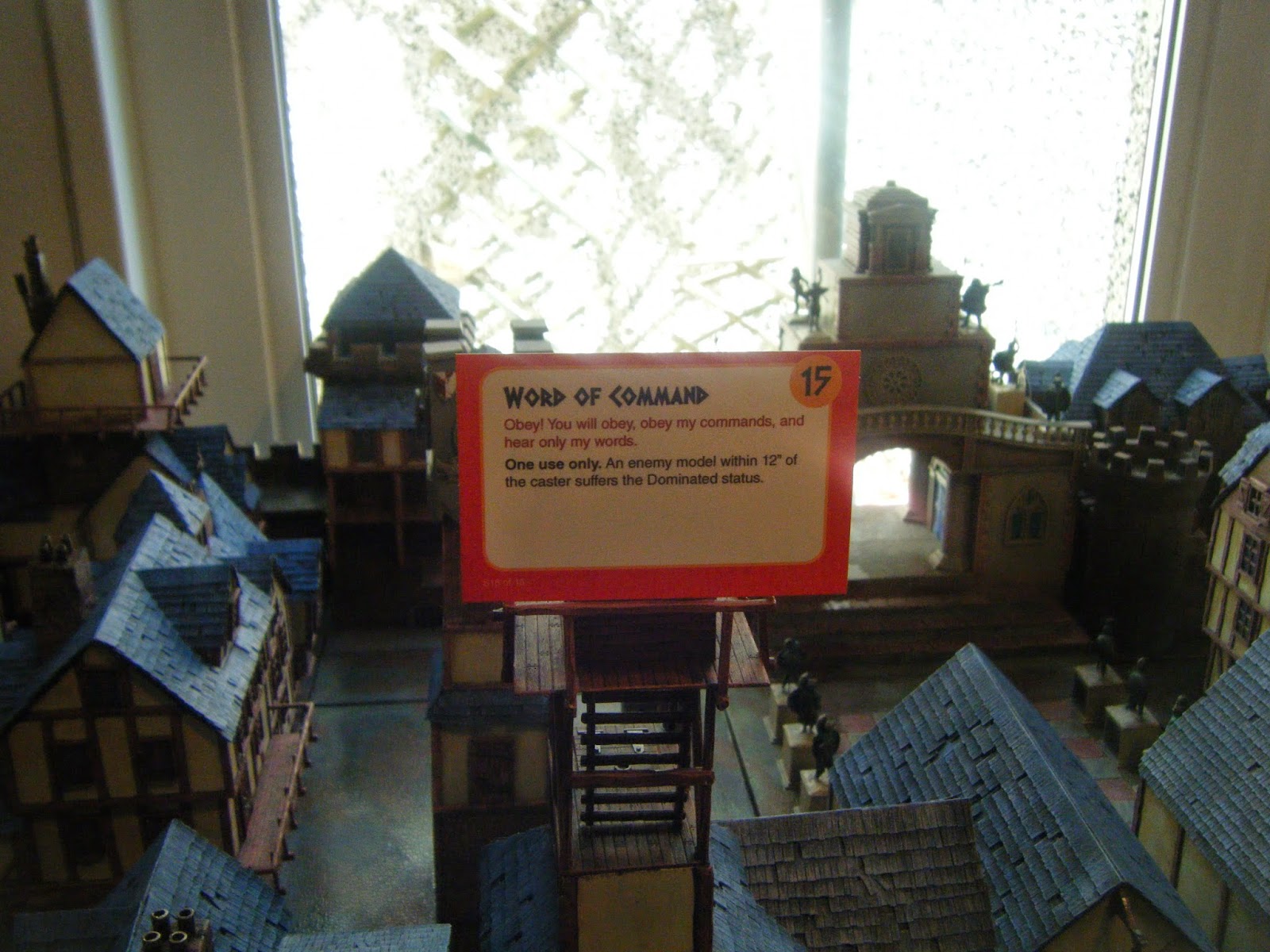 John Dee has summoned the marsh trolls to Moedlhafen for some unfathomably evil reason... 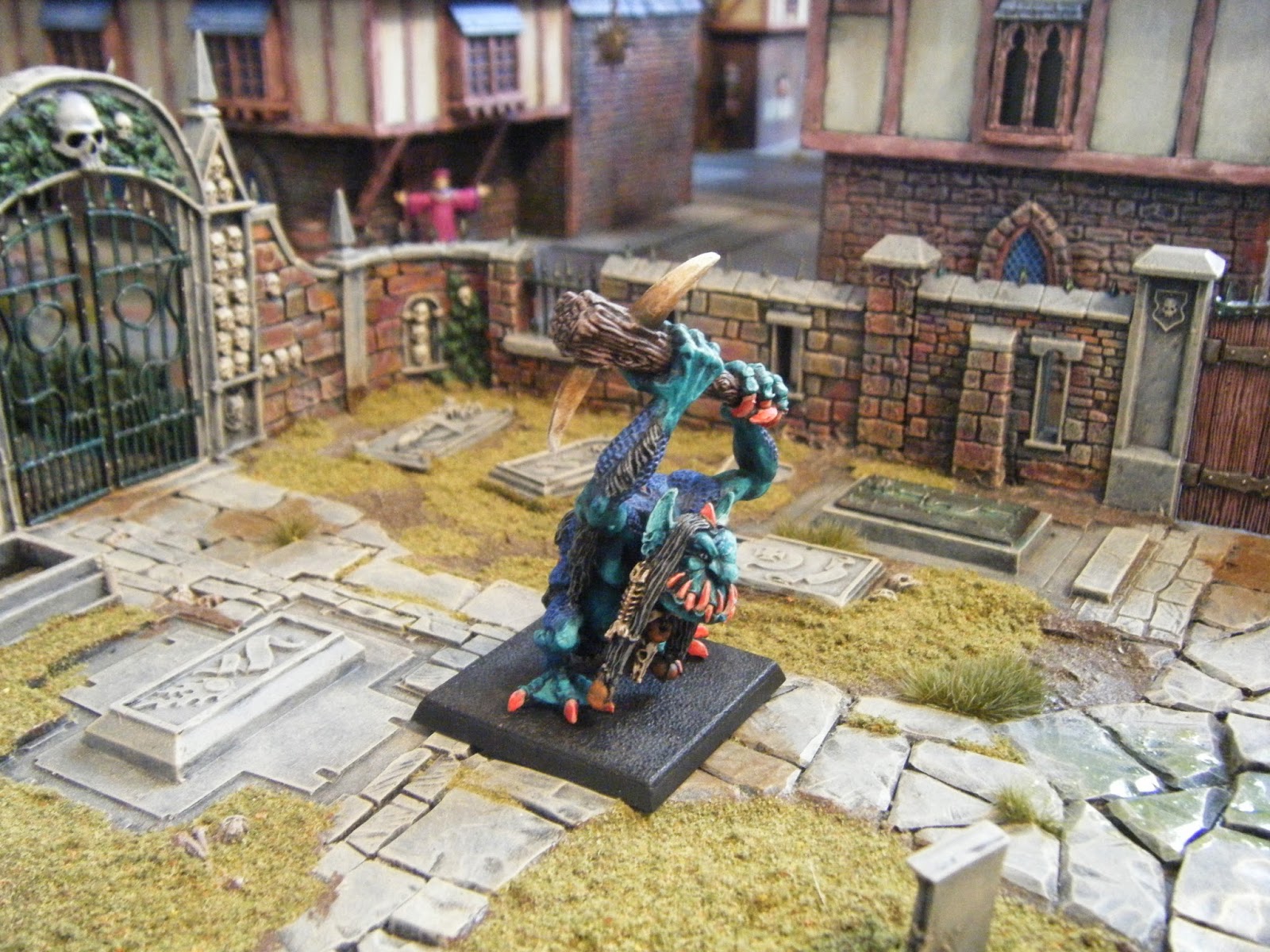 ...and so Solomon Kane and his band of mercenaries are determined to capture, or kill, Dee and put an end to the fishy menace. 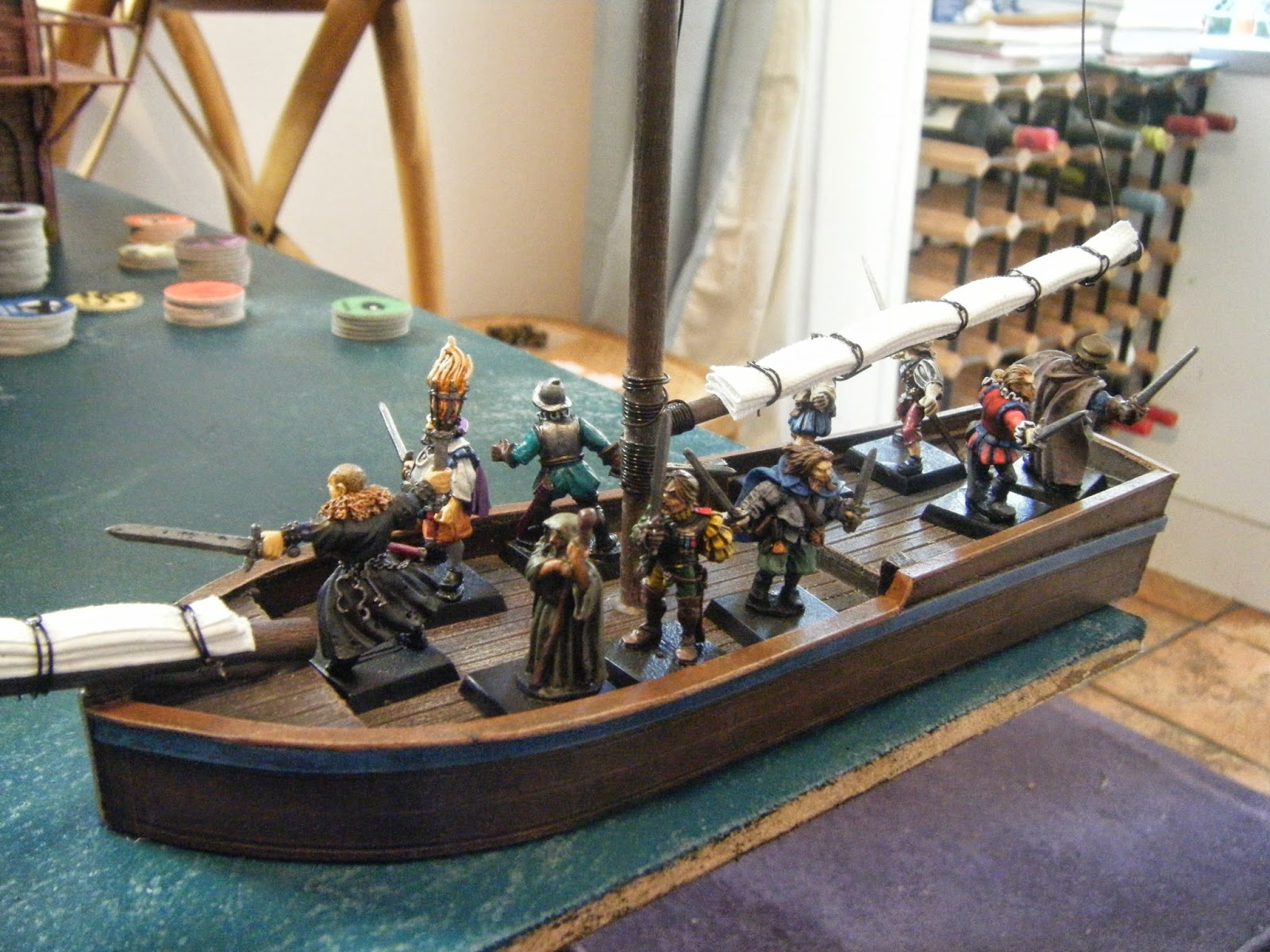 As Kane's boat lands, three of the trolls slip from the depths to ambush them. 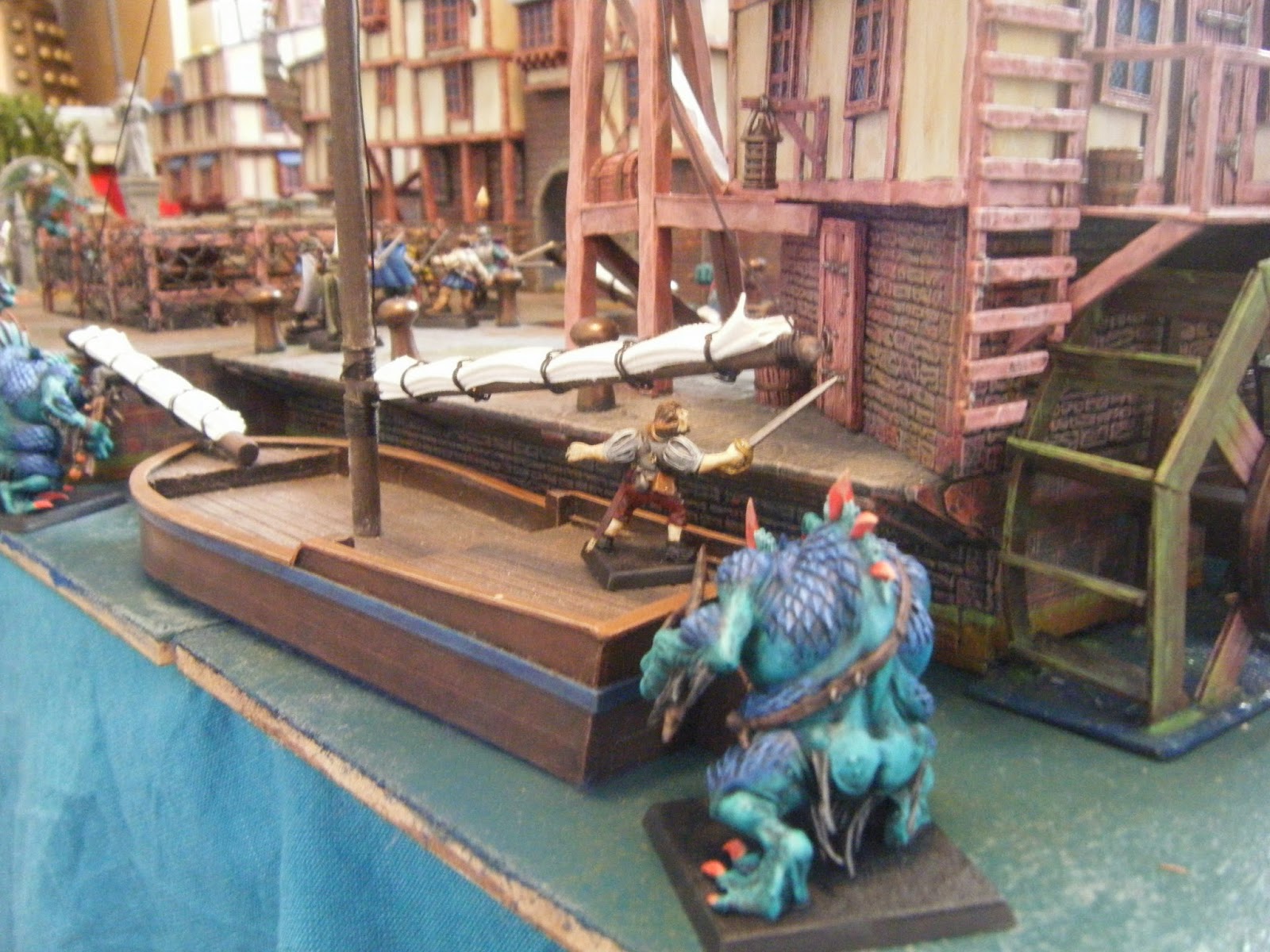 The captain of the mercenaries is the first to fall. 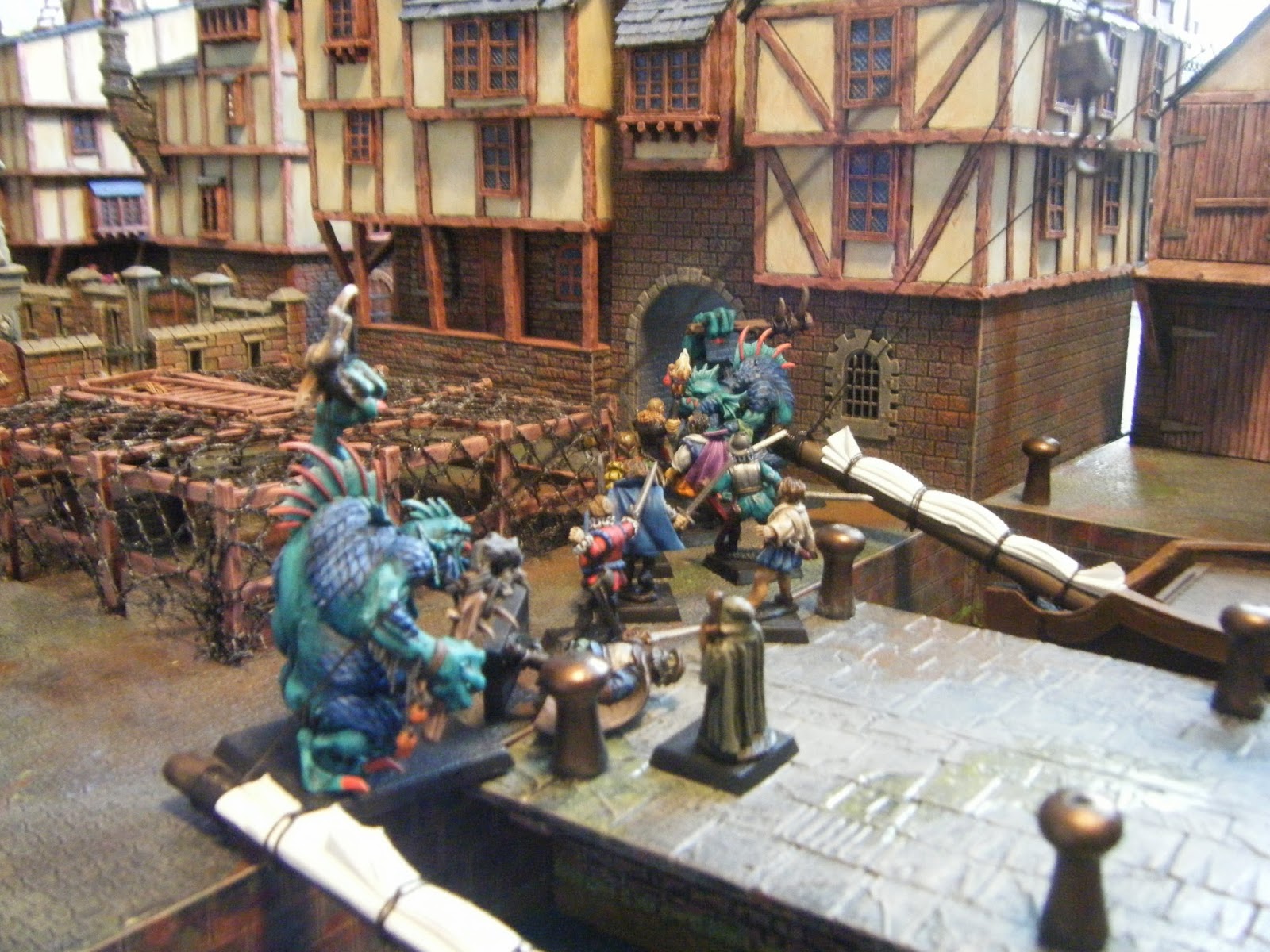 One of the trolls attacks Kane, wounding him. 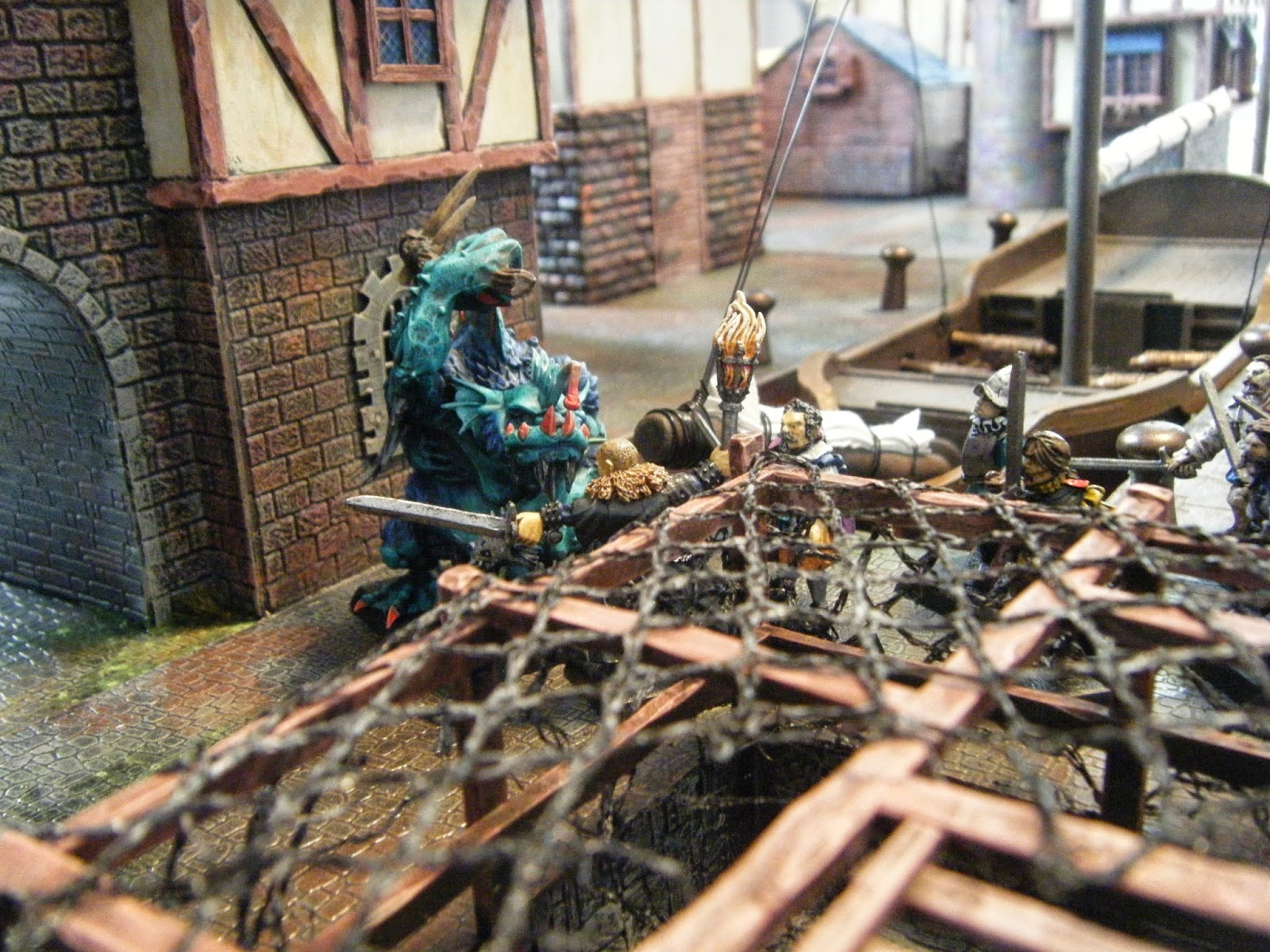 It is looking grim for the surrounded mercenaries when N'Longa utters the Word of Command and convinces one of the trolls to change sides... 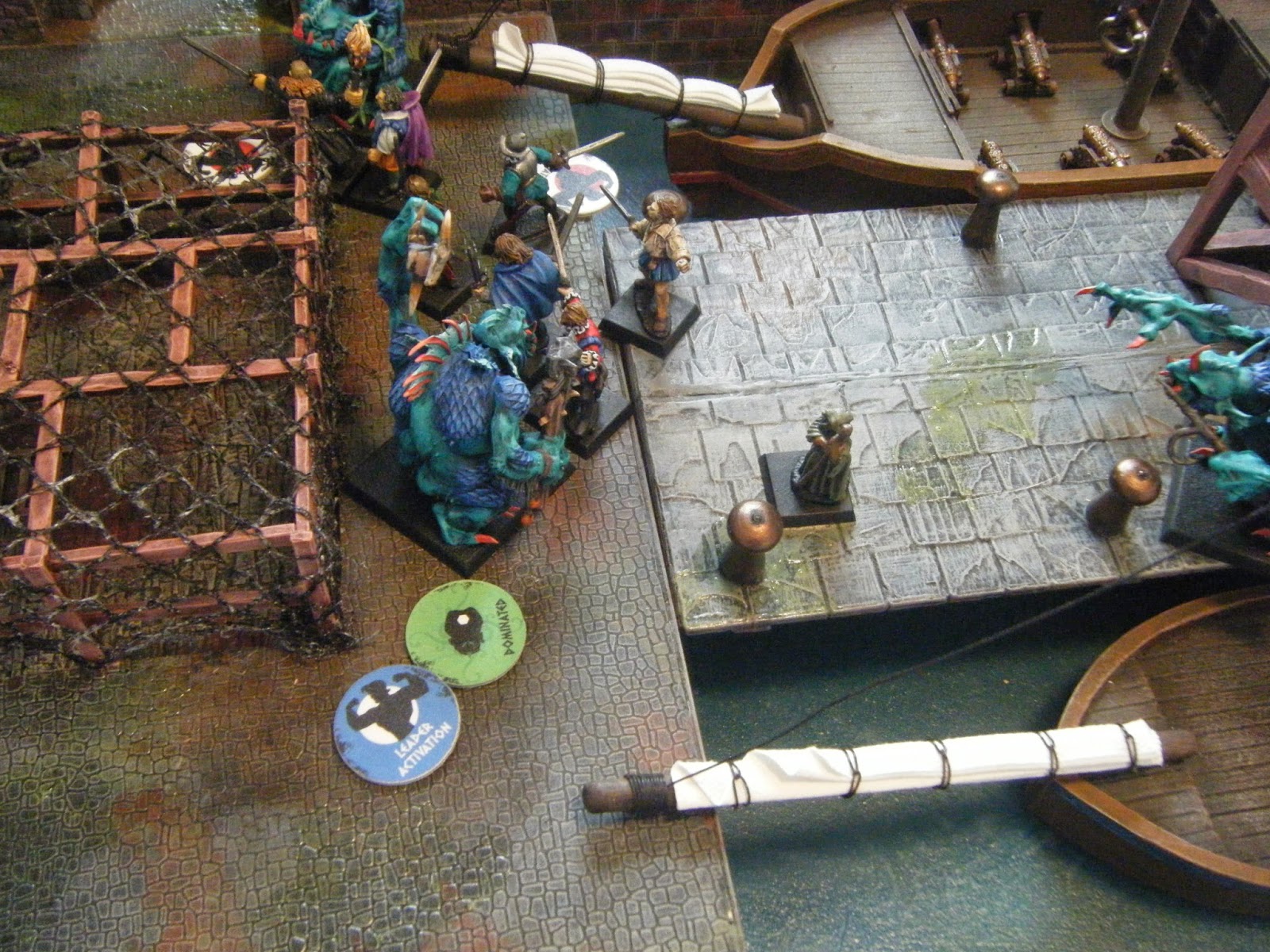 ...and it immediately charges its erstwhile best mate. 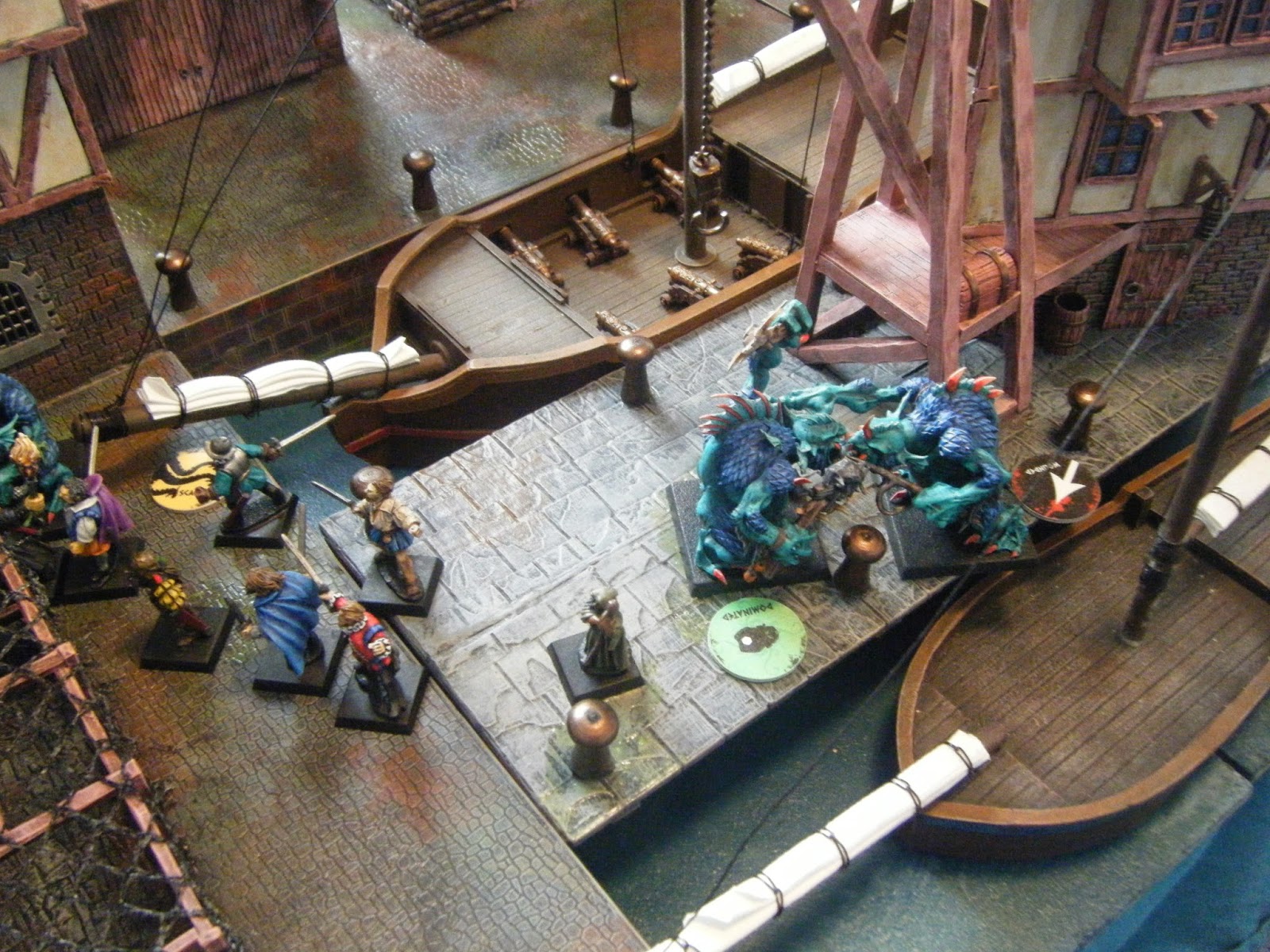 Kane and John Silent manage to slay the other troll and so their path to Dee is clear. 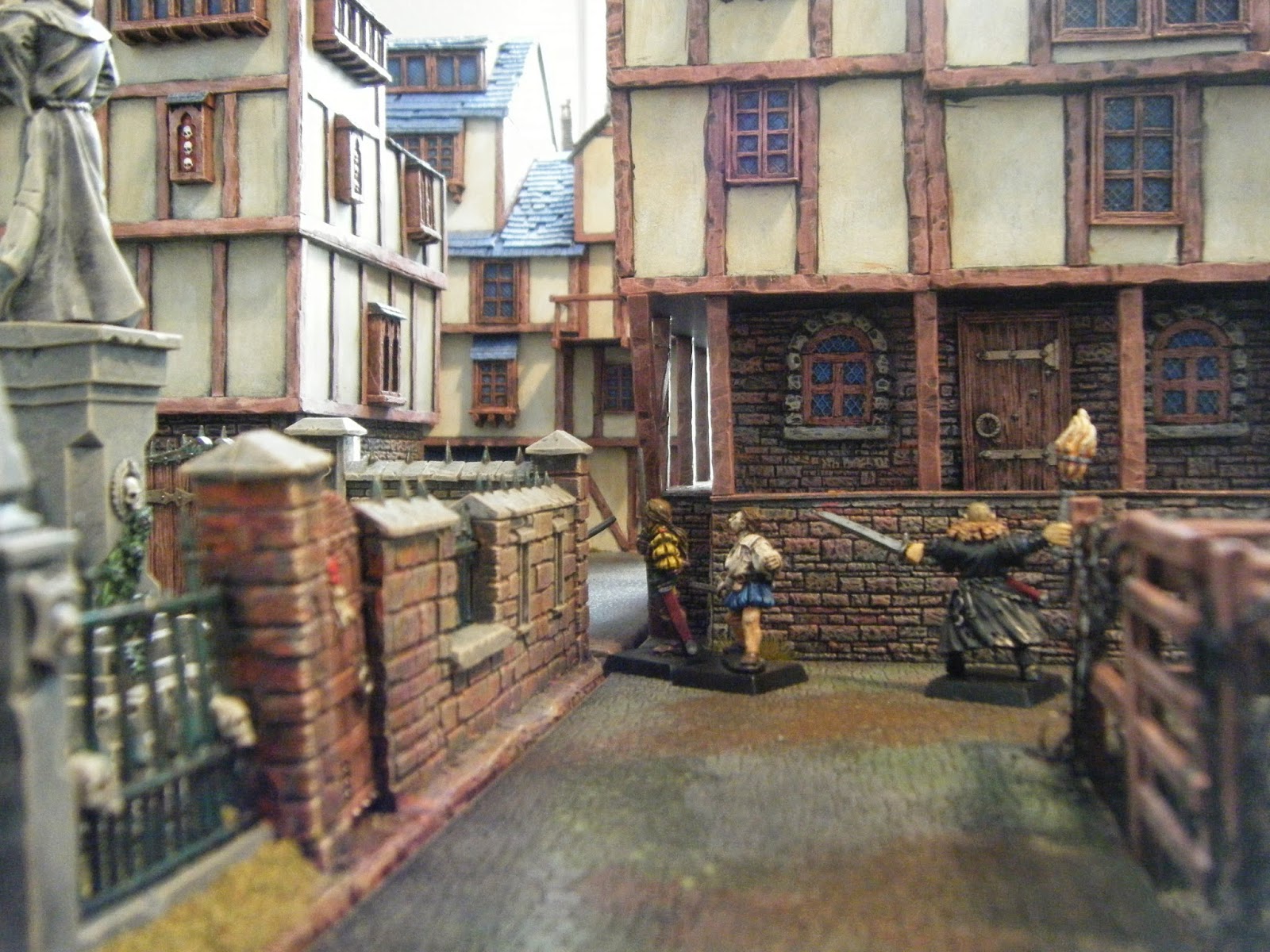 Another troll, though, emerges from the graveyard and attacks Kane. Killing him. 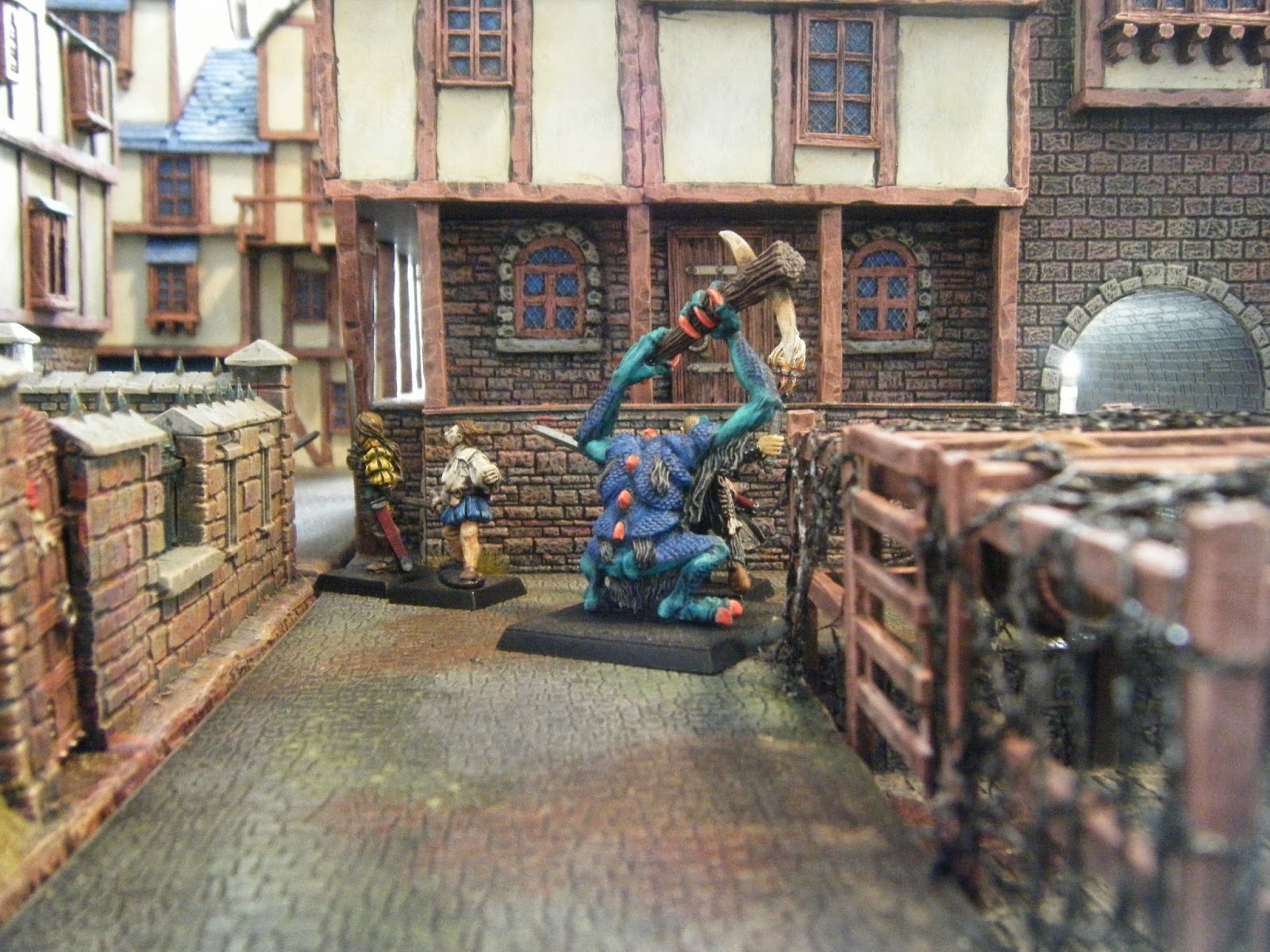 N'Longa uses his magic, however, and manages to bring Kane back to life. 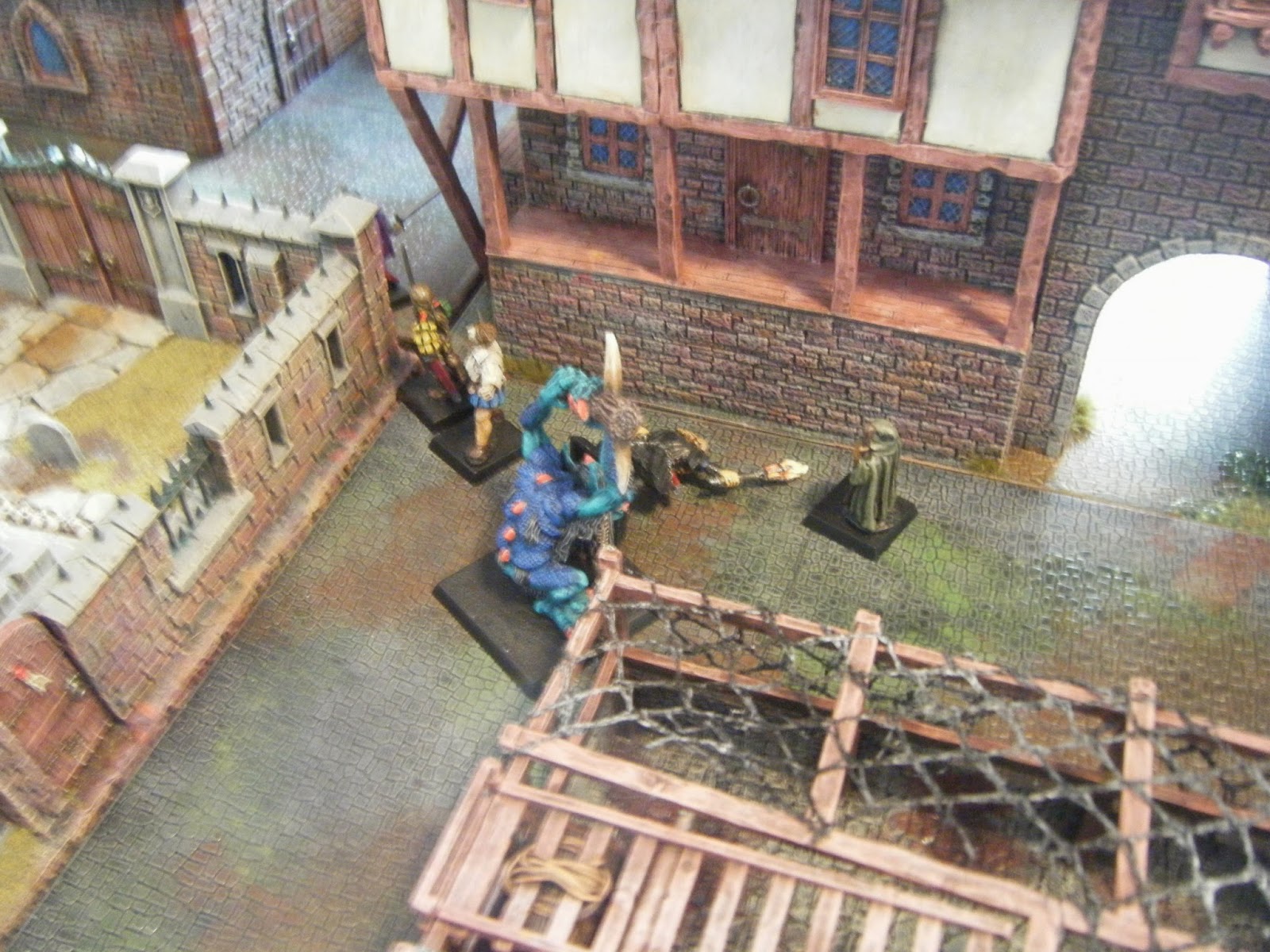 John Silent and Dee are left to face off in the alley. 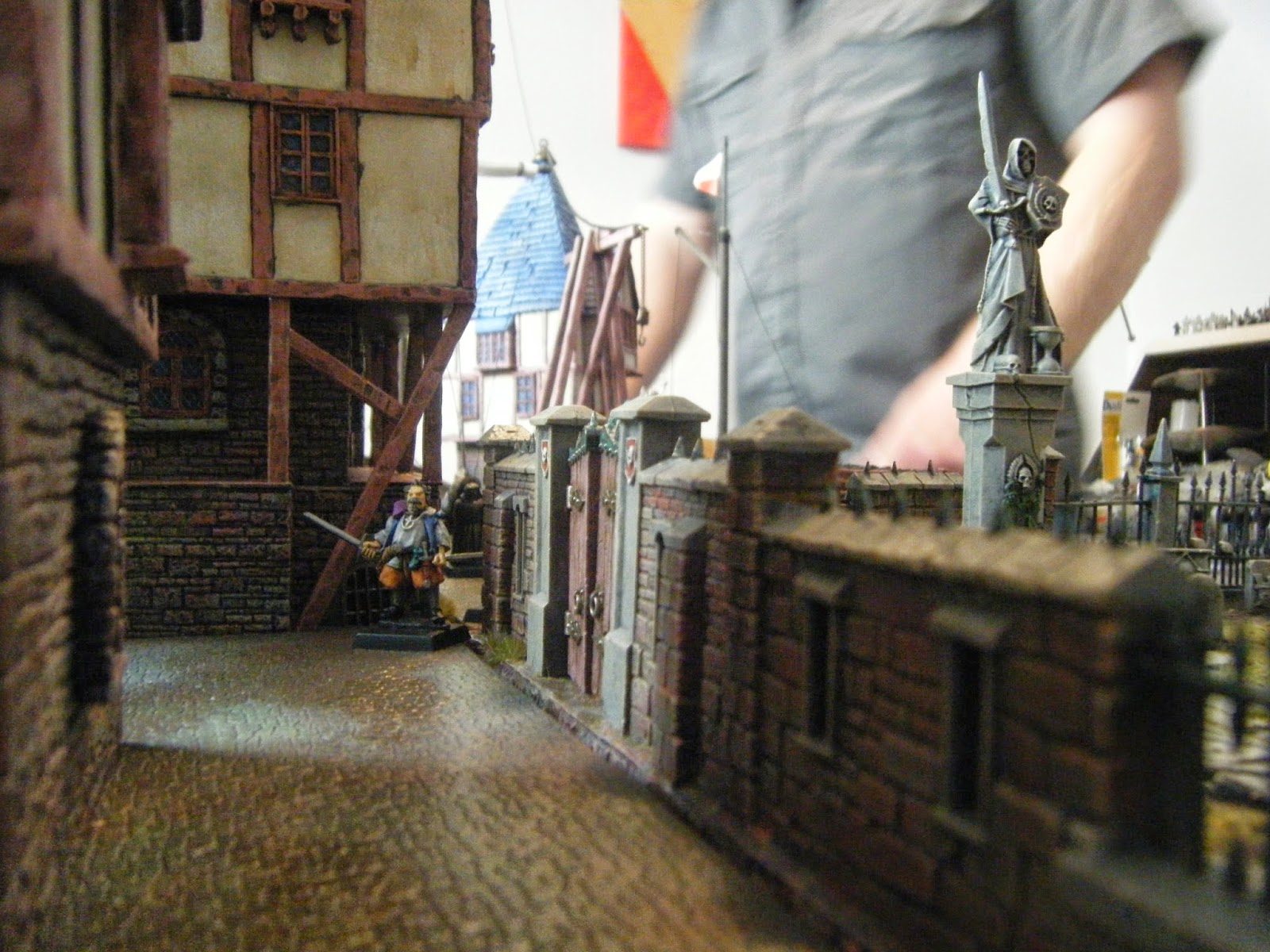 Dee casts the Word of Command on Silent. But Silent is strong enough to resist the necromancer. 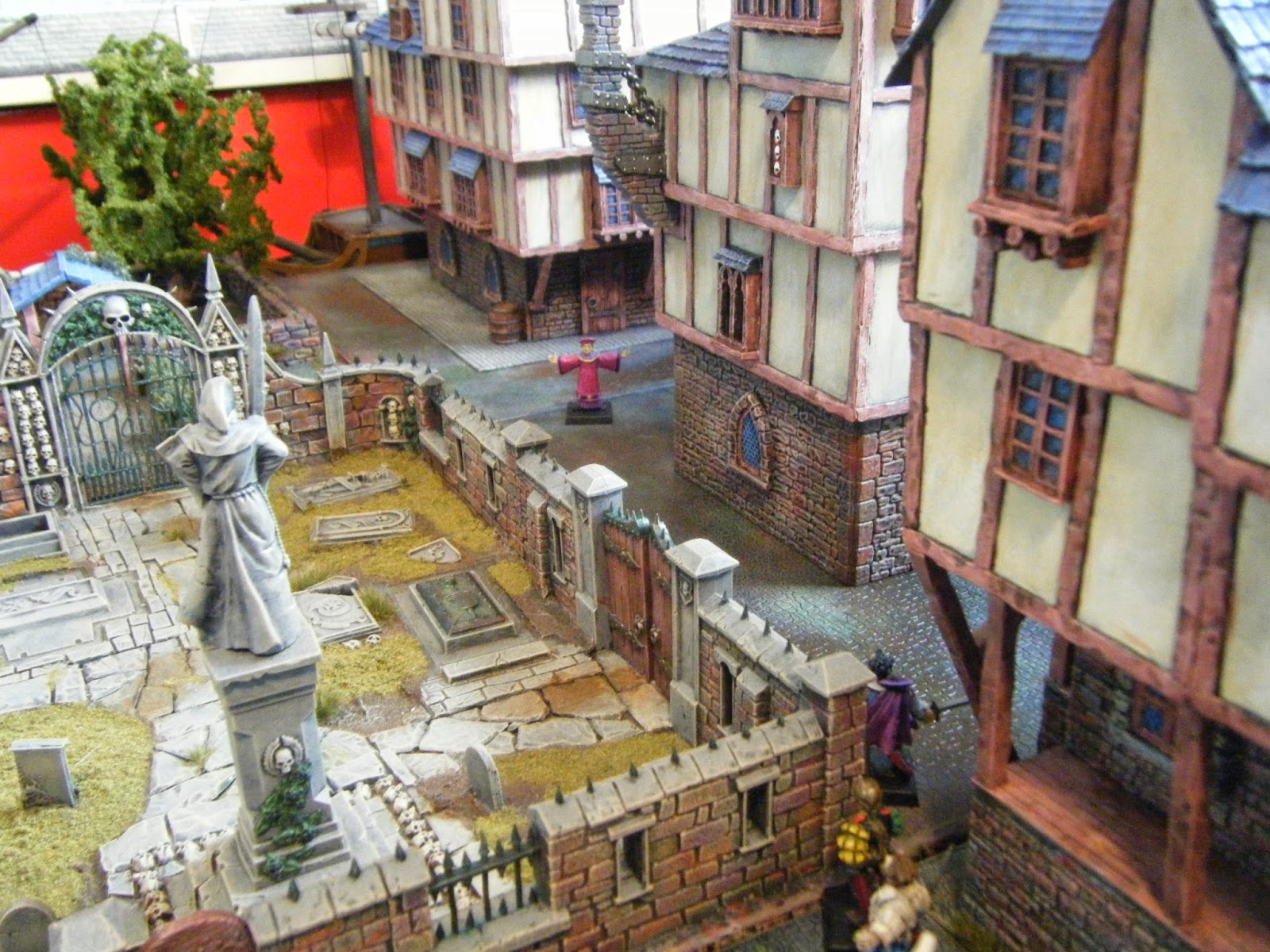 Though the commanded marsh troll suddenly finds its wits again, it's too late for Dee's side. It is attacked in the rear by a couple of the mercenaries... 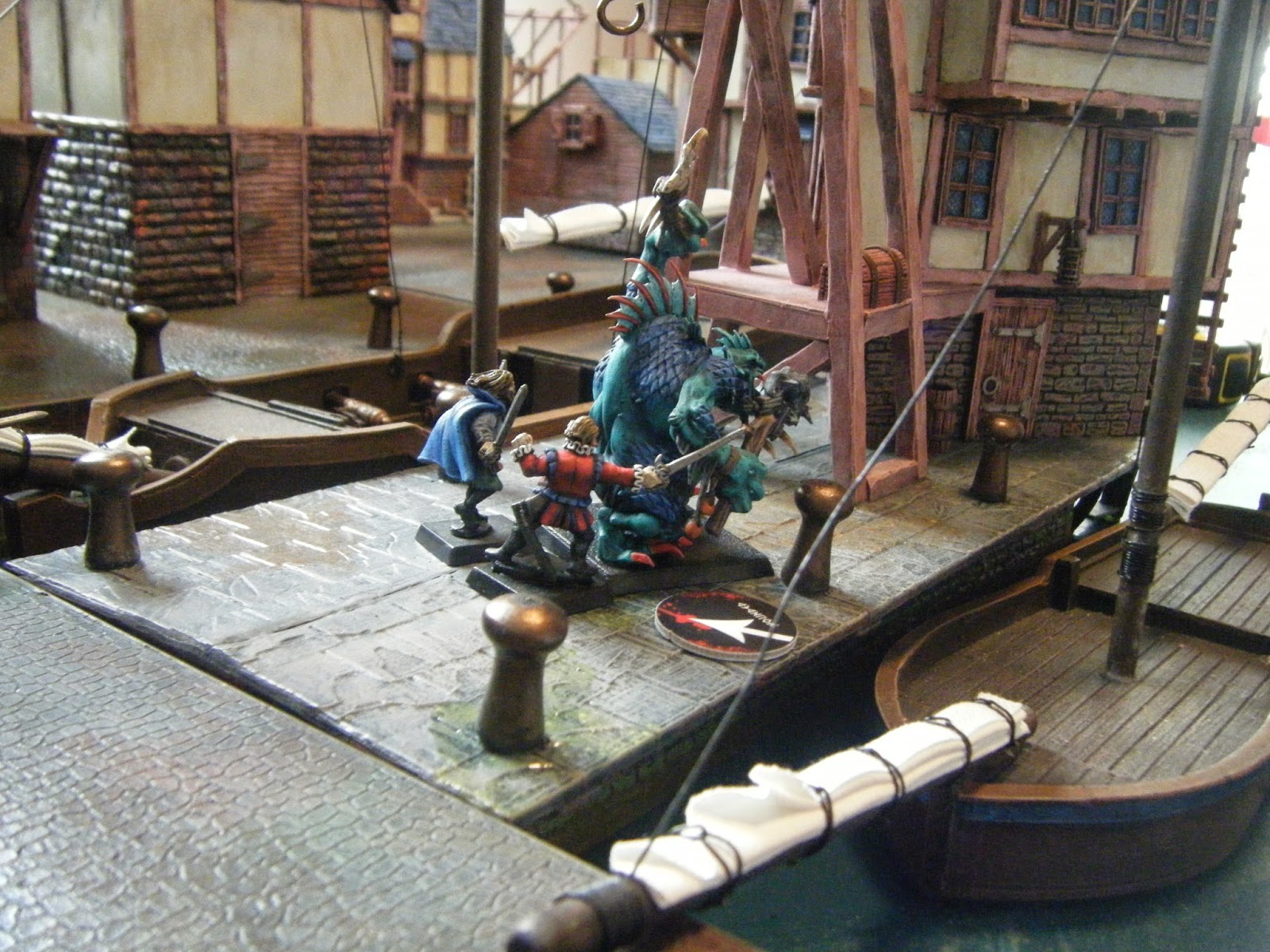 ...and the other troll is seen off, too. 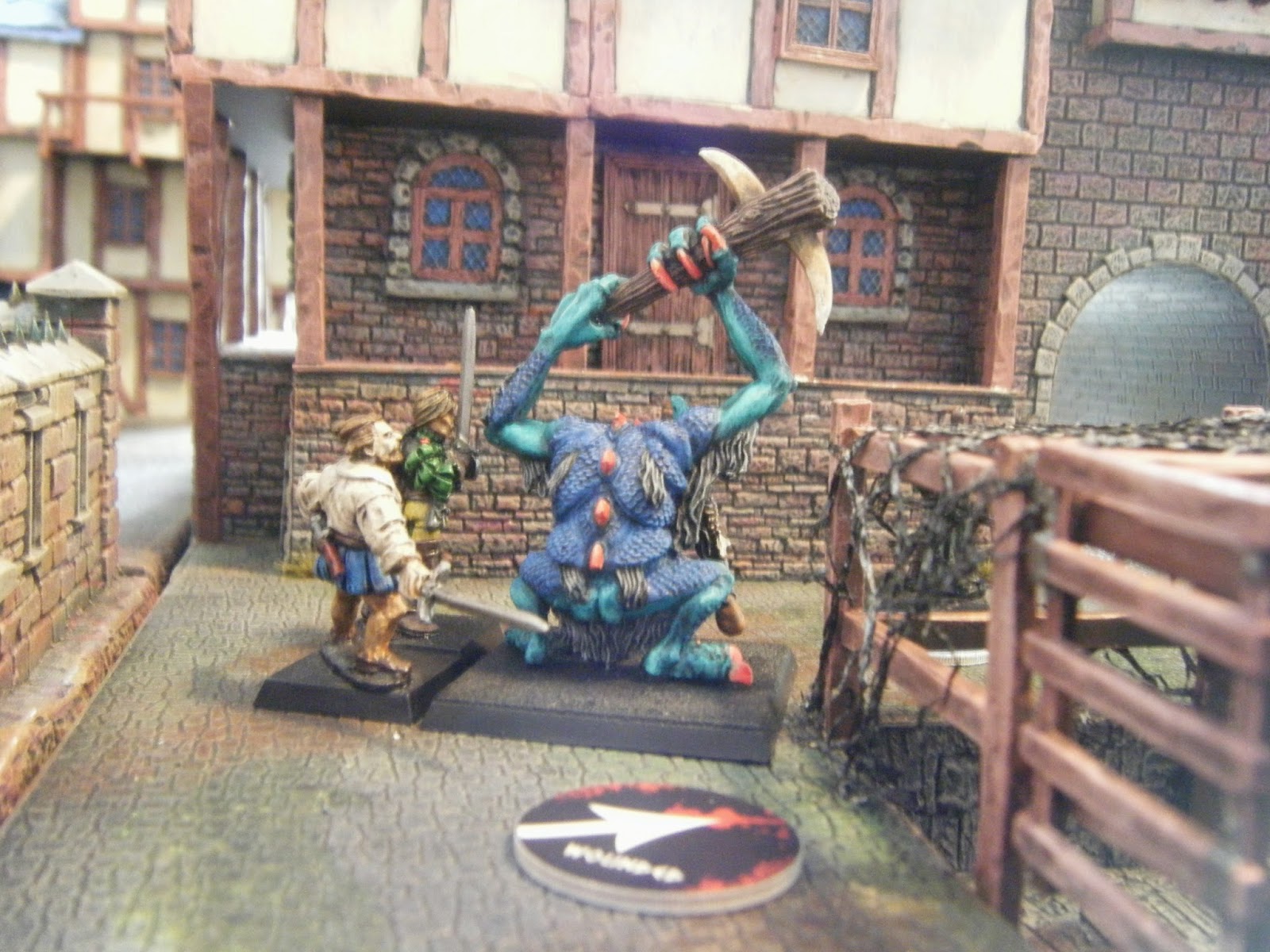 This leaves Dee alone to face Kane and Silent. And he is soon dispatched. 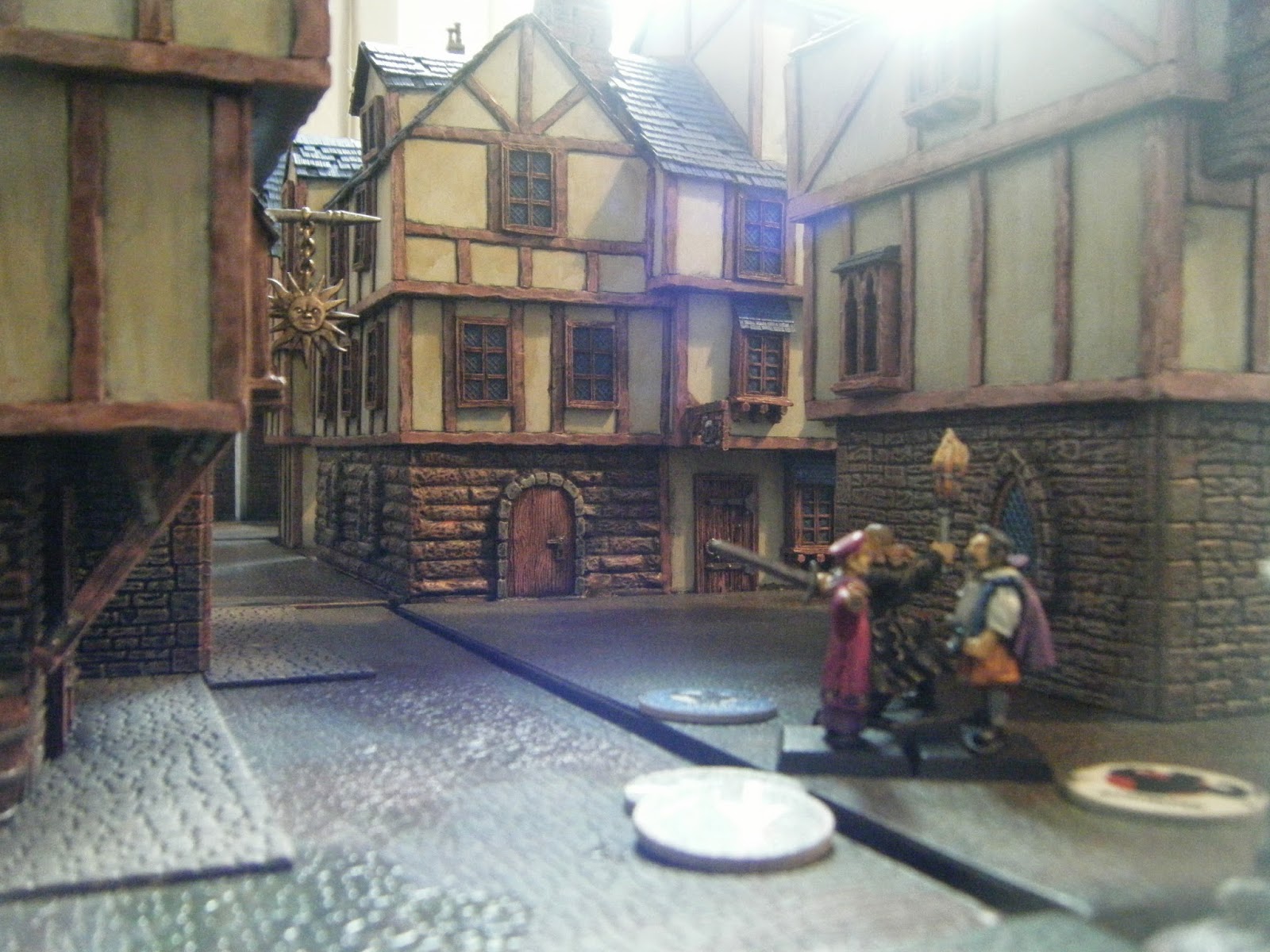 A very convincing victory for Kane and his men.

Haven't had time to do much in the past few weeks, except buy more stuff I don't have time to paint. I thought I'd make a TWITCH (The Worldwide Insurgency That Could Happen) base with a big boat and a load of equipment. Most of this stuff is from Crooked Dice and Ainsty. The plastic boat cabin I got ready-built off ebay (the bloke is still selling them). It's a bit large-scale but I think I will be able to make it feel a bit smaller when I build the hull.

Then we have a helicopter, hovercrafts, mysterious cylinders, and other bits and pieces that no serious, self-respecting, megalomaniacal villain would be without. 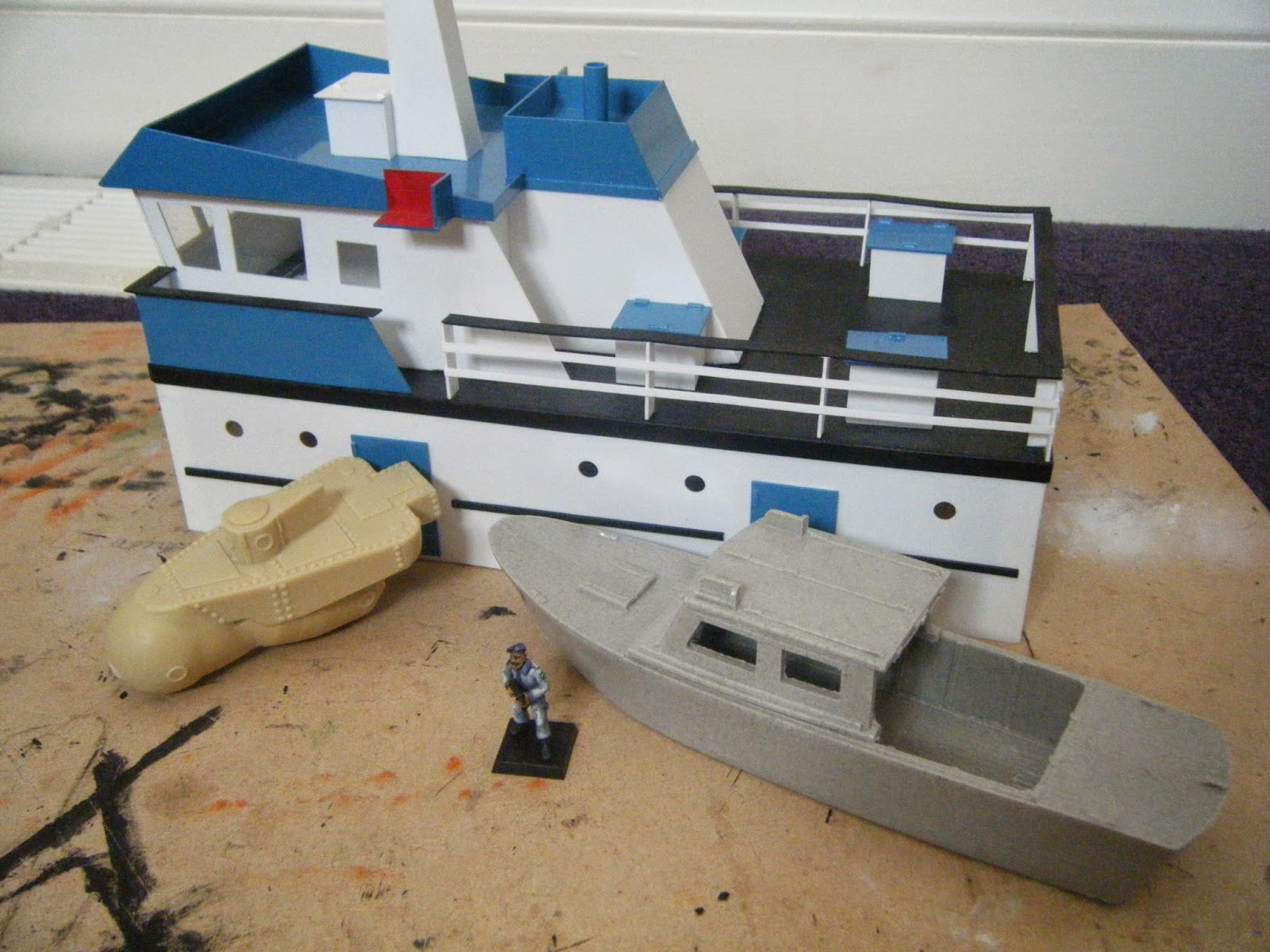 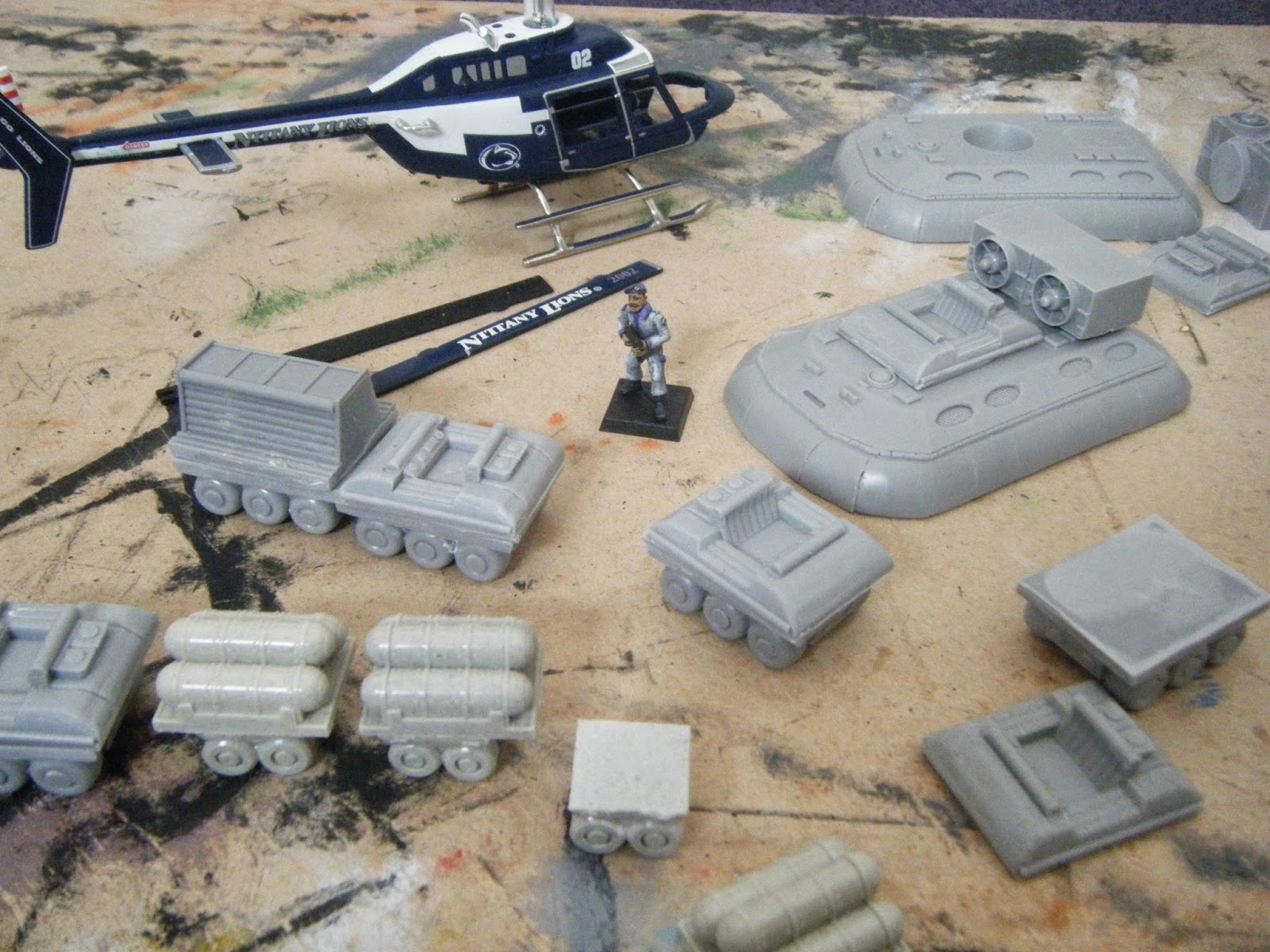